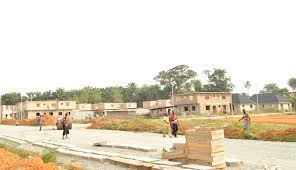 The Federal Government on Wednesday restated its commitment to the completion of the Lots 1-3 of the skill acquisition centres at Iguelaba, Edo, byÂ the end of the year.

Ishaku said that the contract for the centres were revoked in 2012, following the inability of the contractors handling the project to make any progress in execution them.

â€œThe Federal Government is building nine skills acquisition centres, one in each states of the Niger Delta.

â€œThe centres are designed to train youths to acquire skills to enable them toÂ work in various sectors of the economy; in particular, oil and gas, commerce, tourism, agriculture, ICT, construction and maritime.â€

He said that the completion of the centres wasÂ dear to the heart of President Goodluck Jonathan.

â€œThe development of the Niger Delta is very paramount to Mr president.

â€œIt became necessary to lay off the contractors handling the project in order to get new contractors to speed up work on the projects so that they can be put to use by the end of 2014.

â€œThe inistry has contracted a reliable firm to handle the projects,â€ he said.

Darious called on the people to support the Transformation Agenda of Jonathan.

He expressed gratitude to the people for their support to the Jonathan-led administration.

Earlier, the leader of the community, Chief Robinson Aikpitanyi, urged the Federal Government to speed up work on the construction of the centres in Edo.

Aikpitanyi pledged the communityâ€™s supportÂ to the transformation agenda of the Jonathan-led administration.

Youths are to be trained in various sectors of the economy at the centres. (NAN)