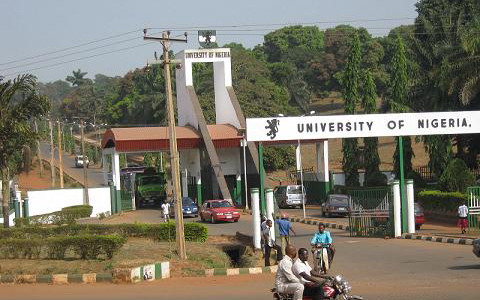 The Shell Petroleum Development Company of Nigeria (SPDC) has inaugurated a N480 million Centre of Excellence in Environmental Management and Control (CEMAC) built for the University of Nigeria, Nsukka (UNN).

Inaugurating the centre in Enugu on Wednesday, the Managing Director of SPDC, Mr Mutiu Sunmonu, said the facilityÂ was designed to provide training in environmental studies as well as support university education.

TheÂ managing directorÂ said that it would offer targeted graduate study programmes and support lecturers and students on innovations in their fields of study.

He said that the inauguration marked a turning point in the companyâ€™sÂ contributions to academic development in Nigerian universities and other tertiary institutions in the country.

Sunmonu assured the UNN of its continuous support toÂ capacity development in the university and expressed the hope that future generations of researchers, staff and students would benefit from the centre.

Okolo announced that the SPDC spent three millionÂ dollars in building and equipping the centre.

While thanking the company for the investment, OkoloÂ said that it would boost human capital and research development.

In an interview with the News Agency of Nigeria (NAN), Dr Bandele Onimode, the South-East Coordinator of the National Emergency Management Agency (NEMA), said that products of the centre would contribute immensely toward environmental management and control in the country.

Onimode said the agency would partner with the centre in ensuring environmental protection in the country.