There is no platform in the Niger Delta that is a one-stop information hub of development related news and stories. As a result, development news stories are mostly under-reported or not reported at all. It is important to have a platform that tells our stories, showcases our professionals and organizations, connects individuals, civil society organizations, the government and other stakeholders in the region towards promoting the development of the Niger Delta. NDLink is that platform! We are poised to share the narratives that define the Niger Delta region and would love to have you be a part of the new voice arising in the region.

Ebenezar Wikina is the Project Coordinator & Editor of NDLink, a media platform, and a community of practice for development stakeholders in the Niger Delta.
He’s a mobile-savvy journalist and development practitioner who is famous for interviewing over 120 world leaders and experts from more than 30 countries on The Stroll, an interview series which he founded in 2013 with his mobile phone.

Ebenezar organized West Africa’s only TEDxYouth event in 2014; was a panelist at the 25th anniversary of the World Economic Forum on Africa, Cape Town in 2015; served as Curator of the Port Harcourt Global Shapers Hub in 2016 and is currently Chairman, Board of Trustees of the Hub; worked as communications consultant at the Rivers State Government SDGs office in 2017; and guest lectured ‘Online Journalism’ to over 300 final year students of Ken Saro-Wiwa Polytechnic as well as presented at the opening and closing plenaries of the Global Youth Economic Opportunities Summit, Washington DC, in 2018.

Gbenga joined PIND as a Data Intern to manage content and community on NDLink. Prior to PIND, he worked with a UK based startup on a fantasy sports app project. He is also a two-time Silver medalist in Chess at the Nigeria Private University Games (NPUGA).

Also, he is a tech enthusiast with interest in New Media, Software Development and Data Analysis. Gbenga holds a B.Eng Electrical Electronics Engineering from Bells University of Technology.

Lateefa Musah is an Engineer, Screenwriter and Development practitioner who is passionate about changing the state of the world starting from her immediate community.

Her articles have been featured on several media platforms including, Gruvcity, Coral Lifestyle Magazine, Startup Week Port Harcourt and NDLink.

She is an advocate for improving education, especially in the public sector as seen in her work with PlayWorkDreams, a social enterprise aimed at telling the African story using indigenous animation. She has also used her platform to teach kids the importance of proper waste management, recycling, and dangers of plastic waste pollution amongst other personal projects she has undertaken. She’s also passionate about advocating Violence against Women and Girls. 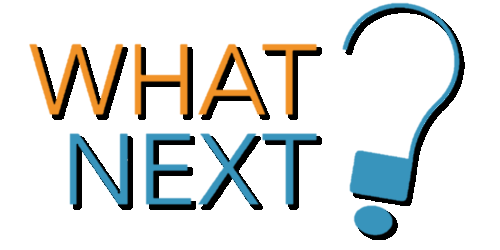 NDLink facilitated a training Staff and benenficiaries of Gender and Development Action (GADA) on Mobile Storytelling and Infographics.