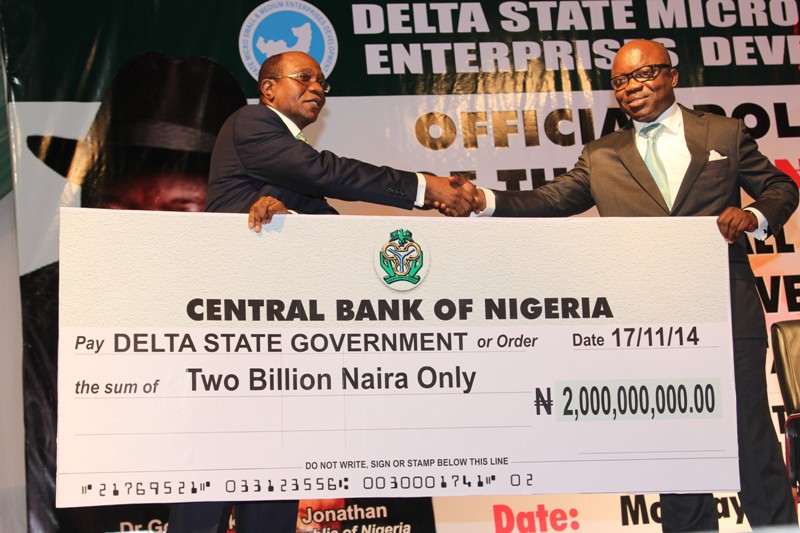 Delta State government said it willÂ  payÂ  N90 millionÂ  to offset theÂ  nine per cent interest rate ofÂ  the Central Bank of Nigeria (CBN) N2 billion micro, small and medium enterprises development funds (MSMEDF) to the state . Governor Emmanuel Uduaghan who stated this during the official disbursement of the first tranche of the funds in Asaba, maintained that his administration would continue to develop human creative capacities for economic values.

Uduaghan said, beside the cluster groups, Internally Displaced Persons (IDPs) from the Northern parts of the country and Physically Challenged Persons (PCP) must benefit from the loans. He promised that his administration would shoulder any cost arising from the disbursement of the funds to the benefitting entrepreneurs. â€œLet me assure the CBN that the money will get to those whom it is intended for, and whatever logistics that would be involved, the state government will take responsibility and also pay the nine per cent interest rate so that it will get to the beneficiaries at zero per cent,â€ the Governor assured.

He explained that the first tranche of N500 million would be disbursed to the entrepreneurs while awaiting the balance, even as he hinted that the state has since positioned itself to benefit immensely from the scheme when it was first launched at Abuja.The CBN Governor, Mr. Godwin Emefiele, accompanied by his top officials of the central bank at the symbolic presentation of the cheques explained that the loans would attract a single digit interest rate. He said the exercise was part of the federal governmentâ€˜sÂ initiativeÂ of the N220 billionÂ  funds to improve MSMEsâ€™ access to finance to boost economicÂ  growth in the country.

He explained that the major challenge facing about 17.3 million MSMEs in the country was the cost and lack of access to affordable financing which has a gap of about N9.6 trillion.
â€œLet me emphasize thatÂ  weÂ  have structured this fund to ensureÂ  thatÂ  they canÂ  be accessed by thoseÂ  who needÂ  them theÂ  most , rather that thoseÂ  whoÂ  are simply privilegedÂ  to occupy important positionsÂ  in governmentâ€, Emefiele said.