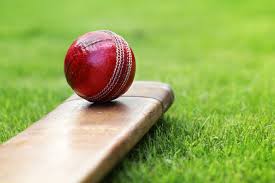 In the final game of the championship held at the Government College Umuahia cricket pitch,
Royal Club won the toss and elected to field in the game, which the Enugu boys later scored 91 runs for the loss of six wickets in 15 overs.

Try as they could, Royal Club ended their batting only at 60 runs for the loss of nine wickets in 15 overs.

Speaking at the end of the competition, tournamentâ€™s sponsor, Barrister Chuma Anosike,Â said this yearâ€™s edition mirrored the cricket development in the South East, adding that in the near future some of the new cricket states like Ebonyi and Imo would play at the final going by their performance this n year.

â€œIn overall, I am impressed with what I have seen and I think I want to thank Abia State for hosting the competition because they have lived up to expectations,â€ he said.

The Ebonyi State cricket team particularly impressed the former first vice President of the Nigeria Cricket Federation (NCF), who posited that for their captain, Kosi Izekwe, to have won cricketer of the seriesÂ shows the fast growth of the game in the state.

Ogbu Prince of the UNN won Wicket Keeper of the Series award, while Abia State got the Best Behaved Team award.
The champions, first and second runners up also got cash prizes.