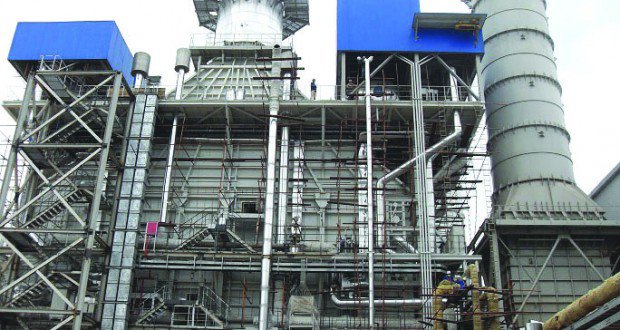 THE Niger Delta Power Holding Company (NDPHC) has announced a minor review of its management structure, as the organisation prepares to launch out into the second phase of its operations.

NDPHC plans to contribute about 4,000MW into the national grid on completion under its phase 2 National Integrated Power Project (NIPP).

A statement by the firm yesterday noted that the restructuring of its management was to prepare for the task ahead.

Under the new structure, the company now has four executive directors responsible for generation, networks, finance and accounts as well as corporate services, while the office of the company secretary and legal adviser is also upgraded to directorâ€™s status.

General Manager in charge of Communication and Public Relations at the organisation, Yakubu Lawal stated that: â€œThese appointments were approved by the board as one of its statutory powers. As a company registered under the Corporate Affairs Commission (CAC), its rules fall under the Companies and Allied Matters Act (CAMA). The tenure of her directors is dependent on their individual and collective performance as determined by both or either her board or her shareholders at its Annual General Meetings. The MD/CEO has therefore been given a clean slate to move the programme forward.

â€œAs one of the main resolutions of the National Economic Council (NEC) which comprises all the stakeholders at its meeting held in April 2013, the council approved the second phase of the NIPP projects to include execution of Mambilla hydro power project and 16 identified medium and small hydro power projects. This will create a mix power generation/supply system for the country by balancing the phase 1 NIPP projects where 10 new thermal power stations located in the southern parts of the country were constructed.â€

Â Lawal refuted a media report stating that the companyâ€™s board of directors was making attempts to make some hurried appointments.

He stressed: â€œIt is no gainsaying the fact that the Board of Directors of the Niger Delta Power Holding Company Limited, owners of the National Integrated Power Projects has positioned the company to effectively pursue its Phase II project mandate aimed at implementing more hydropower stations and transmission projects in the country to give the power sector infrastructure a more robust synergy. At its recent meeting in Abuja, the board approved the implementation of a new structure proposed at the companyâ€™s board meeting in August 2014.

â€œFor the records, NDPHC is a registered limited liability company owned by the three tiers of Nigerian government (federal, state and local) with a board (representing its shareholders) as its highest policy and decision making organ that drive the operations of the company.â€

He stressed how transmission was a critical aspect of the second phase, and plans to wheel power from the existing and new power stations, â€œhaving capacity of over 20,000 megawatts to the distribution chain across the country on completion. These projects are currently being assembled.â€

He went further: â€œIn the status report presented to the board, four fully-completed power stations that have been commissioned by President Jonathan were listed to include, Geregu II, 434mw capacity in Kogi State, Omotosho II, 500 MW capacity in Ondo State, 750MW capacity Olorunsogo II power plant in Ogun State and Phase One 504MW Alaoji thermal power station in Abia State while Benin Generation Company and Ogorode both of 450MW capacity each in Edo and Delta states respectively are awaiting official commissioning.