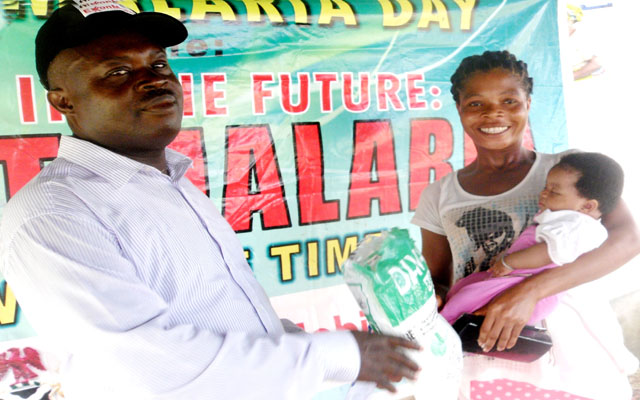 Africare, an international Non-Governmental Organisation (NGO) working in Eket and Ibeno areas of Akwa Ibom, says it spends $150, 000 yearly on malaria control programmes in the state.

Africareâ€™s Director of Malaria Programme Dr Patrick Adah, disclosed this in an interview with newsmen at Ibeno, headquarters of Ibeno Local Government Area of the state.

Adah said that the organisation started operations two years ago in the two benefiting communities during which over 3,000 persons benefitted its services.

â€œWe have mobilised two Civil Society Organisations (CSOs) with N300, 000 each in the benefiting communities, to assist in mosquito net hanging campaign.

â€œThe CSOs, each of which is made up of at least 15 persons, move from house to house to demonstrate how to hang long-lasting insecticidal nets.
â€œThey also encourage people to go to clinics for malaria test so as to receive proper treatment if infected,â€ Adah said.

Adah said that Africare had assisted the communities with new treated nets and replacement of old ones.

â€œWe have also reached the communities with over 150, 000 health messages delivered at health events and through the media,â€ he said.
The director added that apart from malaria programme, Africare was also involved in HIV/AIDS control projects as well as providing care to orphans and the vulnerable people.

He explained that under its programme for orphans and vulnerable people, the organisation had helped to enrol the beneficiaries in schools and offered skills training to others.