Participate in PIND’s PSR Survey: Let’s Shape the Future of the Niger Delta Together! 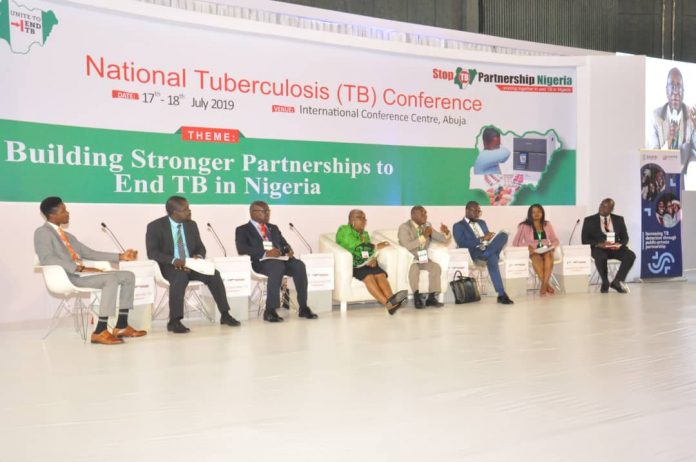 Stakeholders in the health sector in Nigeria has commended the efforts of Star Deepwater Petroleum Limited (a Chevron Company) and its parties in the Agbami field – Famfa Oil Limited, Nigerian National Petroleum Corporation (NNPC), Equinor, and Petroleo Brasileiro Nigeria Limited – in the fight against tuberculosis in the country.

The commendation was made at the National Tuberculosis Conference that held at the International Conference Centre Abuja on July 17 and 18, 2019 themed “Building Stronger Partnerships to End TB in Nigeria” organized by Stop TB Partnership Nigeria.

In his presentation on the “Role of the Private Sector in Health Systems Improvement: Agbami Parties Experience on TB”, Dr. Paul Areyenka, Medical Director, Chevron Nigeria Limited who representative the Agbami parties stated that in its over 50 years of operations in Nigeria Chevron and the parties have been supporting Government in strengthening health systems targeting the triad of HIV, Malaria, and Tuberculosis (TB).

He noted that the Agbami parties have deployed a social health investment program targeting TB disease which covers the building of infrastructures such as chest clinics, conducting awareness and advocacy campaigns and assisting in protecting TB health care workers in order to contribute towards the National Tuberculosis (TB) program goals.

Chevron Reiterates its Commitment to Protecting People and the Environment

“Through the construction and equipping of 28 Chest Clinics across the country, we have contributed to strengthening health systems and supporting the treatment and care of tuberculosis patients in Nigeria. The chest clinics were built in close collaboration with the National Tuberculosis and Leprosy Control Program (NTLCP) of the Ministry of Health, in existing government hospitals and handed over to the States in which they are located for management, and the facilities are fully-equipped with standard X-Ray machines, male and female wards, treatment rooms, laboratories, and Gene Xpert Machines,” he stated.

He hinted that since 2008, the Agbami parties have spent a total sum of N2.7billion ($16.6Million) to build and equip the chest clinics which have been donated to government hospitals across the country, adding that between 2015 to 2017, over 48,000 presumptive TB cases have been registered in these facilities, with over 11,000 cases detected. “The chest clinics have contributed to about 3% of the national presumptive TB cases registered and 3% to the National aggregate of TB cases, while the awareness campaigns have reached over 100,000 community folks and tested over 8000 presumptive cases with about 2000 cases detected,” he noted.

Emphasizing that a critical element in the Nigerian national response strategy on TB is: finding missing TB cases, he said that the Agbami parties in close collaboration with the NTLCP and specialized Non-Government Organizations (NGOs) have conducted TB awareness and advocacy campaigns in Akwa Ibom, Rivers, Oyo, Kano, Kaduna, Nasarawa, and Lagos.

Dr. Areyenka also mentioned that in recognition of the increased risk of TB infection faced by health care workers (HCWs), in close collaboration with the Federal Ministry of Health, the Agbami parties sponsored health worker training and the publication and distribution of the National Biosafety Standard Operating Procedures (SOP) and the National Standard Operating Procedures for Tuberculosis Laboratory Diagnosis.

He stated that as partners, the Agbami parties remain unwavering in our commitment to improving the health and wellbeing of people in our areas of operation, especially the most vulnerable groups. “The Agbami parties will continue to support solutions to address the scourge of tuberculosis in the country, he affirmed.