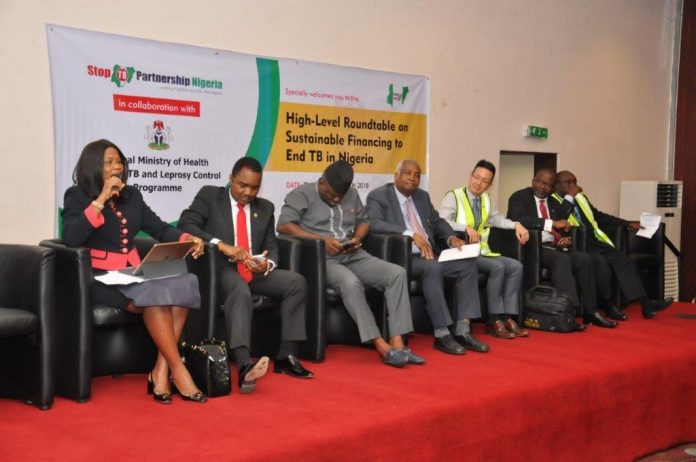 The Federal Government has called for private sector financing in the fight against tuberculosis, stating that the country is suffering a funding shortfall of $215 million, about 64 percent of the total funding required in the campaign against the disease.

Speaking in Abuja, at a high level roundtable on sustainable financing to end tuberculosis in Nigeria, National Coordinator of the National Tuberculosis and Leprosy Control Programme, NTBLCP, a Federal Ministry of Health initiative, Mrs. Adebola Lawanson, lamented that the current rate of financing for TB is very low, hence the need for the government to look inward and see how it can mobilize resources to prosecute the campaign.

She stated that in 2017, the Federal Government declared that $336 million was needed to successfully prosecute the fight against the disease, but only nine percent, about $31 million was contributed by the government, while $90 million, representing 27 percent of the total was contributed by international donor agencies, leaving a shortfall of $215 million.

“Tuberculosis needs to be treated with the same urgency with which we tackled the Ebola virus outbreak. This would help change the landscape in the fight against TB. We need more resources, advocacy and support to prosecute the fight against tuberculosis,” Lawanson noted.

Lumos partners with All On for Niger Delta solar project

Also speaking, Head, Occupation Health, Chevron Nigeria Limited, Dr. Femi Pitan, disclosed that Chevron, its subsidiary, Star Deep Water and partners in the Agbami project, as well as other companies in the petroleum industry are committed to investing in the fight against tuberculosis, adding that Nigeria’s control efforts can leverage on the industry’s activities in the fight. She stated that since 2008, Chevron and the Agbami parties had spent a total of N2.2 billion on chest clinics built, furnished and equipped. She said, “A practical training on molecular-genetic diagnostics of tuberculosis was organized for over 100 laboratory attendants and supervisors from the chest clinics and neighboring hospitals in collaboration with the National TB Program as at 2014.

“This effort is in addition to the fully furnished and equipped Chest Clinics donated with 25 GeneXpert machines to 25 government-owned hospitals in Nigeria since 2008 to improve the nation’s health infrastructure. “In partnership with National Tuberculosis and Leprosy Control Program (NTBLCP), screening exercises were conducted in Bayelsa State. From the 14,352 presumptive Tuberculosis cases screened, 2,126 cases were detected. Also, contact tracing among 701 smear-positive cases yielded 321 extra smear positive contacts.

“A total of 506 Multidrug-resistance tuberculosis (MDRTB) patients were identified with 92 drug-resistant cases identified and 53 enrolled for care.” Pitan also noted that from 2008, Star Deepwater Petroleum Limited, an affiliate of Chevron Nigeria Limited and the parties to the Agbami field – Nigerian National Petroleum Corporation (NNPC), Famfa Oil Limited, Statoil Nigeria Limited and Petroleo Brasileiro Nigeria Limited, had built, equipped and donated 25 chest clinics to institutions and hospital across the country as part of their contribution to support the efforts to control, treat and eradicate TB from the country.

She explained that the strategic choice of intervention in TB is designed to achieve early detection and proper management of the disease as well as other chest and lung diseases in Nigeria in alignment with the national strategy. “The strategy is actualized through infrastructural support; medical equipment and supplies; capacity building targeting health workers; and advocacy on TB. Some accomplishments are: The program has generated more than 1,000 jobs and opportunities for people and local firms,” she added.