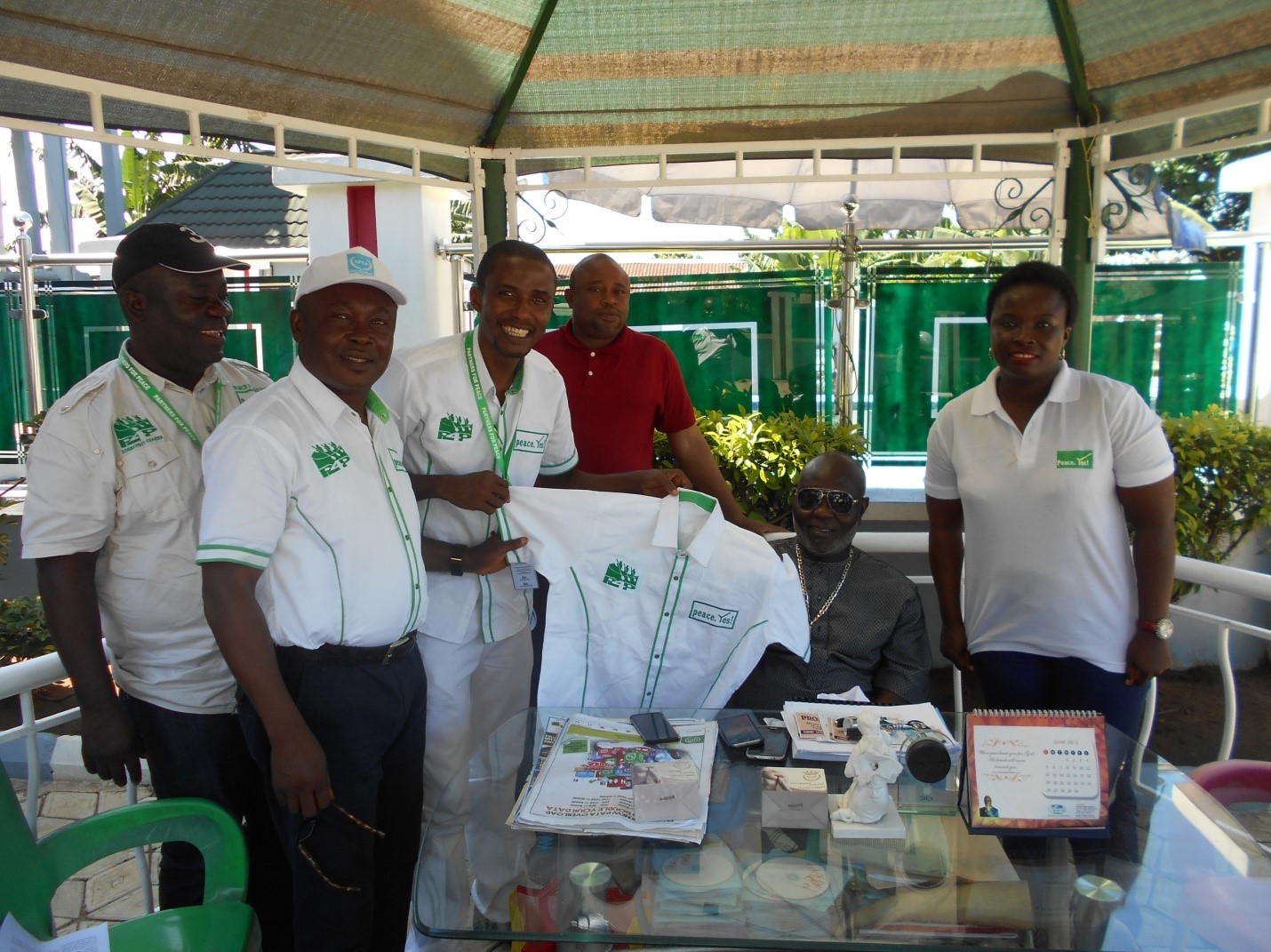 High Chief Comrade Ateke Tom (JP) received a delegation from the Partners for Peace (P4P), Rivers State Chapter who paid him an advocacy visit on the 30th of June 2016 at his Okochiri residence. Speaking during the visit, the State Coordinator, Mr. Livingstone Membere said the visit is a part of the effort the Rivers Partners for Peace is making to work with stakeholders to return peace to Rivers State. Mr. Livingstone noted that though security of lives and properties is the primary role of government, it is now every critical for all stakeholders to join hands with the government to proffer lasting solutions to the lingering conflict and violence in the state and requested for the support and cooperation of Chief Comrade Ateke Tom (JP).

The Rivers P4P commended the effort of High Chief Ateke Tom towards promoting and maintaining peace in Okrika and other parts of the Niger Delta. The coordinator noted that Comrade Ateke Tom has used his personal resources to move youths out of violence by engaging them in several skills training, providing scholarships, empowering small business start-ups and also directly intervening in conflict situation. Mr. Livingstone commended these efforts of Chief Ateke Tom and urged other stakeholders in Rivers State to emulate it. He ended by saying that the Rivers P4P will study the Okrika Peace Model and engage stakeholders so that it can be replicated in other communities of the Niger Delta. The coordinator added that peacebuilding, rather than violence, should be incentivized to enable more persons tilt towards peace.

Also speaking, the National Coordinator of the Partners for Peace, Philip Kalio noted that Okrika is a reference point when talking about durable peace in the Niger Delta. He commended High Chief Ateke Tom for working with existing community structures towards quick intervention in conflict situations in the kingdom. He said the Partners for Peace was established in 2013 by Partnership Initiatives in the Niger Delta (PIND) as a grassroot peacebuilding network. Mr. Kalio said the network is presently active in the nine (9) Niger Delta states and has been at the forefront of intervening in conflicts in communities. He urged High Chief Ateke Tom to work in partnership with the Rivers State Chapter to provide lasting solution to the pockets of violence in the state. 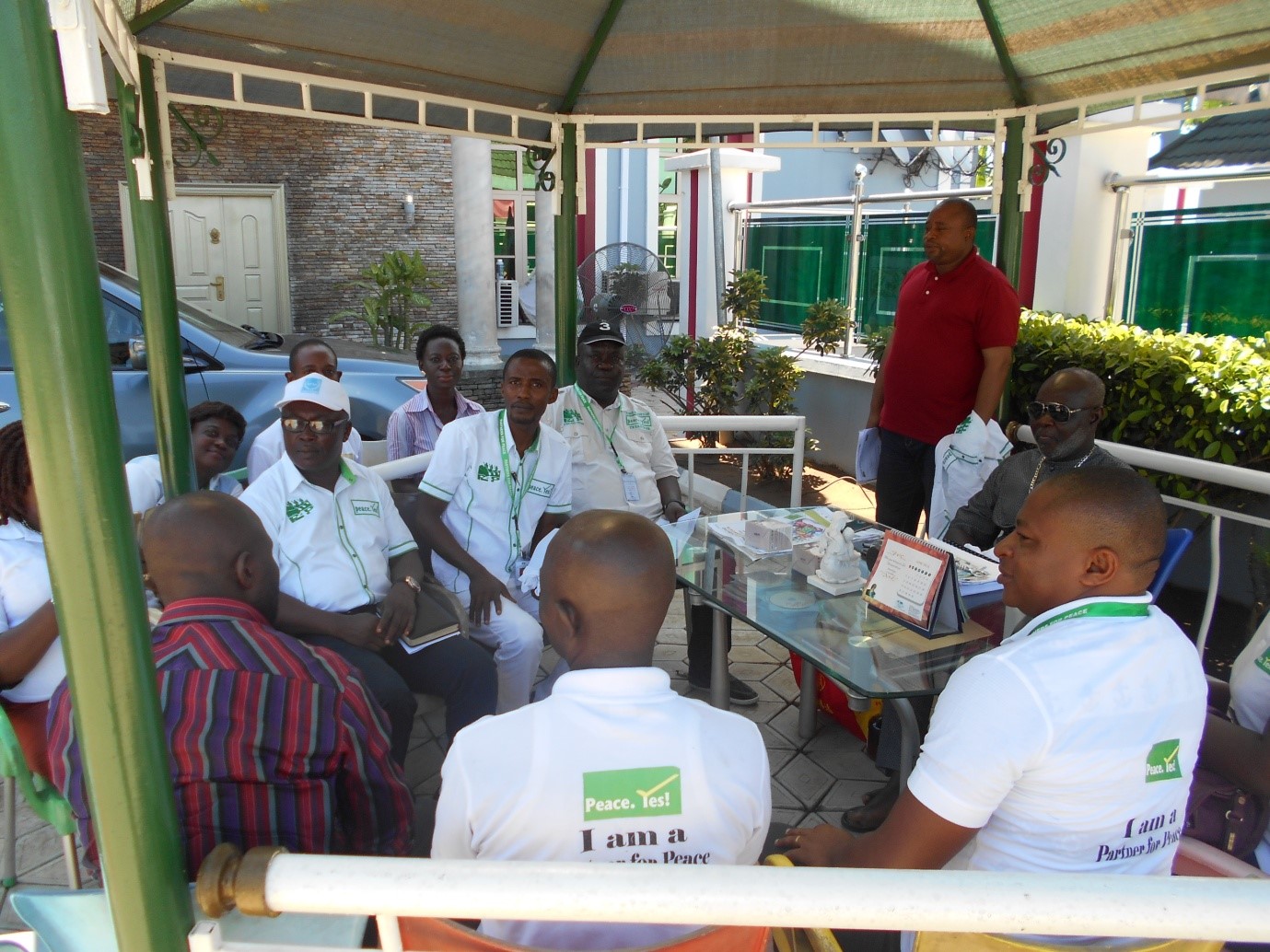 Responding, High Chief Comrade Ateke Tom thanked the Partners for Peace for recognizing the role he has been playing to ensure that there is peace in Okrika and other parts of the Niger Delta. He said since late President Yar’Adua granted Amnesty to former agitators of the Niger Delta struggle, he has never been involved in any act of violence. Chief Ateke informed the delegates that he has been using his personal resources fund peace initiatives, including securing the release of kidnapped victims.

Chief Ateke decried a situation where companies are moving out of the Niger Delta Region due to the security situation. He urged stakeholder to take immediate and proactive steps towards finding solution to the issues. He urged youth to shun social vices such as cultism, kidnapping, armed robbery, and other activities that affect the peace of communities, adding that no meaningful development can take place in the state without peace.

Comrade Ateke Tom said that he is aware of some sinister moves by some persons to bring his peace efforts to disrepute by trying to linking him to violence, but he wants the world to know that he will never be involved in any violence. He advised the Government to involve key persons and organizations with the wisdom of how to tackle violence in the Niger Delta region. He promised to collaborate with the P4P through the Ateke Tom Foundation. He also called on the Rivers State Government and other stakeholders to provide support to the Rivers State Partners for Peace.

High Point of the visit was the presentation of some souvenirs to Chief Ateke Tom by the Rivers State Chapter of the Partners for Peace.