RESEARCH: The Role of Whatsapp in Nigeria’s 2019 Elections 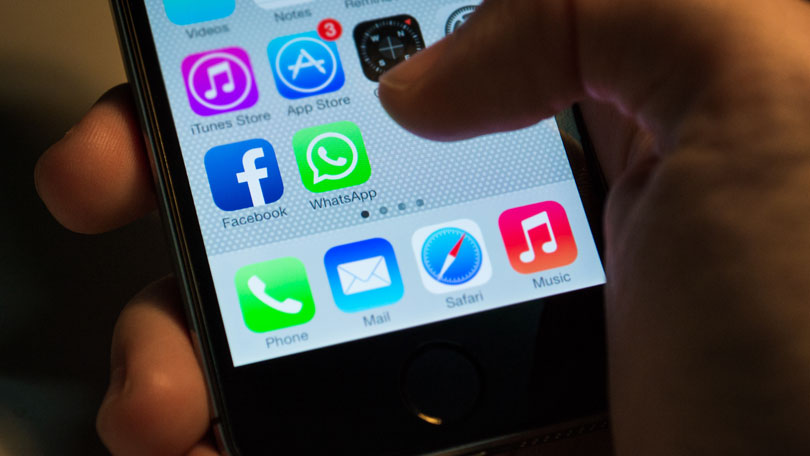 Research findings were released today by a UK-Nigerian research team examining the role of WhatsApp in Nigeria’s 2019 elections. Drawing on citizen surveys and interviews with political campaigns, the report underlines the ways in which WhatsApp has promoted the spread of “fake news” around elections, but has also strengthened accountability and promoted inclusion in other areas.

At the Shehu Musa Yar’Adua Centre in Abuja, Nigeria, on Monday 29 July, researchers from the Centre for Democracy and Development (Nigeria) and University of Birmingham (UK) presented key findings from a WhatsApp-sponsored research project on the role of WhatsApp in Nigeria’s 2019 elections. The report, WhatsApp and Nigeria’s 2019 Elections: Mobilising the People, Protecting the Vote, is available in full.

WhatsApp is the most popular messaging app in 40 African countries, including Nigeria, due to its low cost, encrypted messages, and the ability to easily share messages with both individuals and groups. The aim of the research project was to shed light on how the app is influencing Nigerian elections, particularly in light of concerns – in Nigeria, and across the globe – about social media usage and the spread of so-called “fake news”.

Dr. Jonathan Fisher (University of Birmingham) led the research team, which included Idayat Hassan (Centre for Democracy and Development), Jamie Hitchen (Independent Consultant) and Professor Nic Cheeseman(University of Birmingham). The research consisted of 50 interviews with political campaigns, activists, scholars, and experts in Abuja, Oyo, and Kano and a citizen survey (n=1,005) and focus groups in Oyo and Kano states.

Focusing in particular on governor races in Oyo and Kano, the research found that:

1. Organization: The political use of WhatsApp is becoming increasingly sophisticated and organized at the presidential level. By setting up multiple overlapping WhatsApp groups, organizations such as the Buhari New Media Centre (BNMC) and Atikulated Youth Force (AYF) – set up to support, respectively, the campaigns of President Buhari and his main opponent, Atiku Abubakar – can send messages to tens of thousands of people at the touch of a button by forming hundreds of groups of 256 members. Things look very different below the national level, however, where a significant proportion of activity remains informal. This limits the ability of formal structures like parties to set and control narratives at the local level. Dr Fisher says: “Our research shows that while WhatsApp replicates existing political patron-client networks to some extent, it is also helping less traditional power-players to enter the political arena – particularly tech-savvy youth.”

Ebenezar Wikina: What I Learned from Lecturing (Part II)

2. Content: Different types of content shared via WhatsApp have varying impacts depending on who they have been shared by, and how they are presented to the user. Idayat Hassan says: “The format, style, source and the content of a piece of information shared or received on WhatsApp all have a critical impact on how far they reach, and how far they are believed…pictures and videos are increasingly influential.”

3. Networks: Offline and online structures are interlinked, reinforcing and building on each other in ways that are important to understand. As a result, in many respects, WhatsApp amplifies the significance and influence of networks that already exist within Nigerian politics and society. Jamie Hitchen says: “The interaction between information shared on WhatsApp and the offline context is a crucial part of the digital eco-system, and challenges claim that the platform has revolutionized political campaigning.”

4. Impact: WhatsApp is used to both spread disinformation, and to counter it. One of the most notorious messages of the election – the false story that President Buhari had died and been replaced by a clone from Sudan – was widely circulated on WhatsApp. But candidates also used WhatsApp to alert citizens to false stories and to “set the record straight”. Professor Cheeseman says: “Social media platforms are both a threat to democracy and a way to strengthen it. WhatsApp is being used to spread “fake news” on the one hand, and run fact-checking campaigns and election observation on the other. The challenge is to reduce risks without undermining the way that social media can strengthen accountability and promote inclusion.”

The research also underlines that, particularly at the sub-national level, while WhatsApp gives candidates an electoral advantage, social media alone cannot win an election. Instead, the most important thing for a candidate is to be an authentic leader of the community – to be present and accessible. This means that a candidate’s ground campaign remains the most important thing to get right. Thus, while WhatsApp has transformed the electoral environment, it has not revolutionized it.

The research findings suggest both short- and longer-term recommendations:

In the short-term, making it easier for individuals to leave WhatsApp groups and report disinformation; reinforce the ability of group administrators to set standards; target digital literacy training to social influencers and strengthen WhatsApp’s ability to understand the risk of misuse by opening an office in the African continent.

In the longer-term, state and federal governments should invest more in digital literacy as part of the national curriculum, while political campaigns should develop social media codes of conduct for future elections. Online protection of data and civil liberties should also be enhanced in Nigeria, and beyond.

Culled from: University of Birmingham