The Niger-Delta region in the last few decades has witnessed the development of few successful community development projects. However, there has been a lack of conscious effort to document the characteristics, features or elements of these development projects that have led to their perceived success and replication. In 2012, PIND launched the Models of Development and Experiential Learning (MODEL), a research collaboration with the Nigerian Institute for Social and Economic (NISER) and Brookings Institution Africa Growth Initiative based in Washington to fill these gaps.

The MODEL project under the Analysis and Advocacy Program at the Foundation for Partnership Initiatives in the Niger Delta (PIND) aims to identify, describe, document and share development models that have obtained a perceived measure of success in theÂ Niger Delta Region of Nigeria. 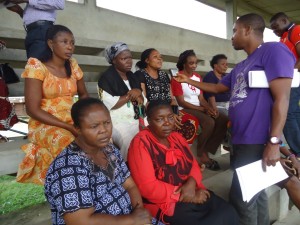 â€œWe collected the data between August to September 2013, and are happy to finally be able to share our findings.â€ says Mr. Sam Daibo, the Executive Director of PIND. â€œWe believe that the replication of these development models will add innumerably to the success of socioeconomic development projects in the Niger Delta.â€

Partnership is key to PINDâ€™s approach to development, and the Foundationâ€™s collaboration with NISER and the U.S.-based Brookings Institute added to the rigor and viability of the recommendations following the project.

The Akassa Development Foundation Community and the Songhai Rivers Initiatives Farms models were selected for the first cycle of this project through a collaborative process for this phase of the pilot study, having met all the selection criteria of a successful development intervention. 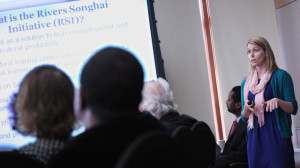 Findings from the MODEL project have already been disseminated at events such as this one at Johns Hopkins University in Baltimore, Maryland, USA, with research analyst at Brookings Institute Ms. Jessica Pugliese presenting

The fieldwork and report for this project was concluded in January 2014, while a validation workshop on the report findings was held in Port Harcourt in April 2014. The purpose of this forum is to disseminate the findings of the research among targeted stakeholders within and outside the Niger Delta region who will find these models useful by way of replication and adaptation.

You are thus cordially invited to this dissemination event which is scheduled to hold in Port Harcourt, Rivers State, and Abuja. The details for both events are as follows:

Please kindly confirm your participation and acceptance of this invitation to Mr. Micah Mendie at micah@pindfoundation.org