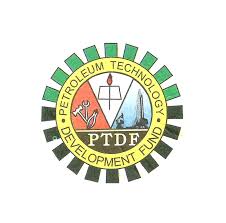 Work on the multimillionÂ nairaÂ Federal Polytechnic of Oil and Gas Structure,Â Ekowe, inÂ Bayelsa, will be completed before June this year, the Petroleum Technology Development Fund (PTDF) has said.

The Head of Press and External Relations ofÂ PTDF, MrÂ KaluÂ Otisi, who disclosed this inÂ AbujaÂ on Monday, said the polytechnic was one of the special projects being implemented by the agency in the Niger Delta.

Otisi said that arrangement was being made for President GoodluckÂ Jonathan to inaugurate the project before the next academic session.

He explained that the project was conceived to provide specialised oil and gas training for the development of middle-level manpower requirement of the petroleum sector.

He declined to disclose the cost of the project but said that it was located in the Niger Delta area â€œfor proximity to oil exploration and exploitation in upstream and downstream operations.

â€œThe mission ofÂ PTDFÂ is to use education and training to build and enhance the skills and capacities of Nigerians to play effective roles in all aspects of the petroleum industry in Nigeria,â€ he said.

He explained thatÂ PTDFÂ undertook the polytechnic project because it realised that overseas scholarship scheme hadÂ great financial implication on the economy.

According toÂ Otisi, the development of the polytechnic would reduce the amount spent on overseas scholarships by the government.

He said that when operational, the polytechnic would train most of the needed oil industry manpower locally.

â€œThis will not only save cost and the scarce foreign exchange requirement but also add value to the world-class institutions and facilities being developed and upgraded by the Fund.

â€œIn addition, more Nigerian graduates will benefit from the scholarship scheme as we have realised that the amount spent on one scholarâ€™s training abroad can train 5 scholars in our local universities,â€ he said.

The spokesman said the polytechnic was sited at the former Government Science and Technical School, adding that the Federal Polytechnic, Bonny, Rivers, was another project underÂ PTDFâ€™s educational intervention programmes.

Other intervention projects by the Fund,Â Otisi said, included the comprehensiveÂ infrastructuralÂ and faculty upgrading at the Petroleum Training Institute,Â Effurun in Delta and the National Centre for Skills Development and Training in PortÂ Harcourt.

â€œWe are also establishing an oil and gas research centre and museum inÂ Oloibiri,Â Bayelsa to uplift the status of the community where oil was first discovered in commercial quantity in Nigeria and bring it to international recognition.

â€œIt will serve as a learning centre for technology application and research as well as a museum to preserve the historicalÂ artifactsÂ in the evolution of the Nigerian petroleum industry,â€ he added.

Outside the Niger Delta, he said the PTDFÂ was building and upgrading other oil and gas institutions and facilities, including the National Institute for Petroleum Policy and Strategy,Â Kaduna.

â€œWe are upgrading to international standards, oil and gas related departments and faculties in 26 universities across the country and we are also developing 214 information and communication technology centres in educational institutions.â€™â€™

He said a few of the projects had been completed while most of them were at various levels of development.