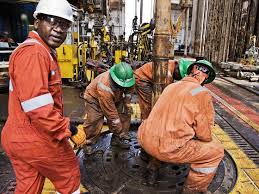 The President of Masters Energy Group, a conglomerate, with over 25 subsidiaries, Mr. Uchechukwu Ogah has stated that his group of companies target to have 42,000 persons in their workforce by 2014.
Speaking recently in Lagos when he received â€œBusinessWorld Newspaper Man of the Year 2013â€ award, Ogah said his belief in the Nigerian economy informed his decision to build Masters Energy City worth several billions of naira in Port Harcourt, Rivers State â€œwhen most companies were running away from the Niger Delta region because of security challenges.â€

Ogah said this single investment had provided direct employment of over 600 and over 4,000 indirect jobs for the people of Niger Delta region, as part of his own contribution to the Federal Governmentâ€™s rehabilitation programme in the oil-rich region. 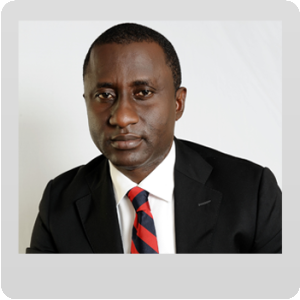 The Masters Energy boss said work was also ongoing on the multi-billion Masters Energy integrated industrial complex in Isikwuato Local Government Area of Abia State.
Ogah further stated that the project would boost the economy of the state by attracting investments to the city.

He noted that seven companies comprising fertilizer plant, plastic plant, lubricant plants that produce engine oil, grease, hydraulic, transmission oil, and gear, noodles plant, and steel plant, all of which are at over 70 per cent completion were already springing up within his companyâ€™s industrial city in Abia State.
Ogah said he never knew his modest contribution in job creation and entrepreneurial growth in the country would merit any recognition, adding that he never solicited for or paid for any of the numerous awards he had received.

â€œI just kept doing what I have been doing because I thought it is a normal way of life. I donâ€™t expect any recognition because what I am doing is part of me. I have to do those things that are necessary,â€ he said.
In his remark, the Chairman of the Occasion and former Deputy Governor of the Central Bank of Nigeria (CBN), Mr. Ernest Ebi stated that Ogah had impacted positively to the economy of Nigeria and to the lives of her citizens.
â€œHe is a quintessential gentleman, who has canvassed the banking world, and now, in the oil and gas; a man I will describe as a great entrepreneur and a great philanthropist,â€ he said.
â€œThe award you are receiving tonight from BusinessWorld goes with a lot of responsibilities. First, you must continue to build on your achievements and there are more to come. You must be a perfect role model for the youths. This country is in short supply of role models,â€ he added.

The Guest Speaker and Director General of the Nigerian Association of Chambers of Commerce, Industry, Mines and Agriculture (NACCIMA), Mr. John Isemede said the country needed to partner with a great entrepreneur like Uche Ogah to ensure that food is on the table of Nigerians.
He said in the next 15 years, Nigeria would move from her current position of the 8th most populous country in the world to the fourth position.

â€œWhat are they going to eat as a nation? Where are they going to work? This is where we are going to join hands and work with Uche Ogah to put food on our table; to create jobs, and not to look for foreign experts, who will come and take our resources away.â€ He added.