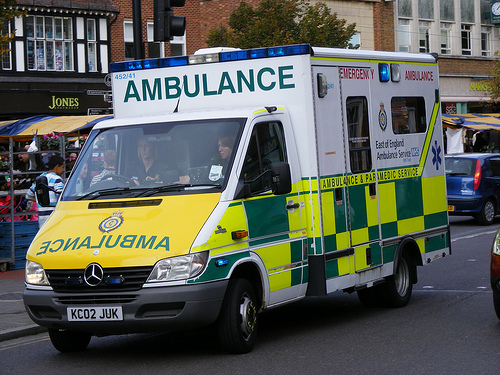 The Ondo State government in the Niger Delta region has announced the readiness of its Emergency Medical Service Agency to commence operation across the state, even as training has begun in earnest for officers in charge of the agencyâ€™s operation.

Â Briefing newsmen in Akure, on Tuesday, the state Commissioner for Information, Kayode Akinmade, said the agency would begin full operation as soon as the officers were through with their training.

According to Akinmade, the state Commissioner for Health, Dr Dayo Adeyanju, had, before the Ramadan holiday, declared open a one-week training for the officers who were expected to work at the five strategic locations of the agency in the state.

The locations are Ikare â€“Akoko, Owo, Bolorunduro, Ilara and Ore where Â he offered that the medical team would be available and could be contacted for any emergency medical situation.

Akinmade said the medical service agency would begin full operation as soon as the officers were done with their training this week.

â€œIt is a refresher course basically and those undergoing the training are paramedics, rescue teams, corpse dispatchers and ambulance drivers,â€ Akinmade said, adding that all other logistics for smooth operations were already in place.

He said the officers had been trained to ensure that the programme callers were attended to immediately.

â€œBefore the various telephone numbers of the teams are released to the public, the facilities would be test-run, even as he charged all stakeholders to collaborate with the officers of the agency to make its set objective realisable.

According to the Commissioner, the operation of the Agency is one of the rescue measures being put in place by the state government to save lives, especially that of accident victims across the state.

He said most accident victims lose their lives due to lack of quick medical attention but announced however that â€œwith the Agency in place, the situation will change and lives would be preservedâ€.