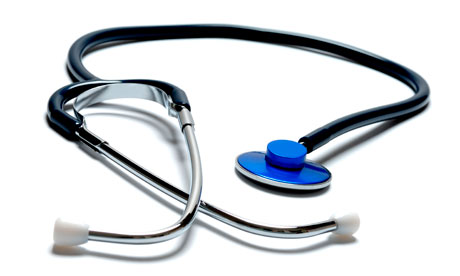 The Niger Delta Development Commission, NDDC, has kicked off another round of its popular Free Health Care Medical Programme, which covers different communities in the Niger Delta region, as part of its commitment to enhance better healthcare delivery to the people. The medical programme for this year was flagged off simultaneously in Abia and Akwa Ibom states on Wednesday.

Speaking at the week-long free healthcare programme, which the NDDC organized in conjunction with Global Hands Medicare Foundation, at the Ekpene Obo Cottage Hospital in Esit Eket Local Government Area of Akwa Ibom State, the Managing Director of NDDC, Sir Barr. Bassey Dan-Abia, said that the programme was meant to bring healthcare to the door-steps of rural dwellers and communities.

The NDDC Chief Executive Officer, who was represented by Engr. Etim Inyang Jnr, the Akwa Ibom State representative on the Governing Board of the commission, said that no less than 900,000 people have benefited from the free medical services for various health issues since the programme started 14 years ago. He stated that the commission was determined to make a difference in the health sector through the engagement of relevant partners such as Global Hand Medicare Foundation, Goldspin Healthcare, Total Health-Minders Foundation and others.

He said: â€œIt is our belief that after this programme, the people of Esit Eket will say farewell to all the endemic health problems that have long plagued them. It is expedient to mention here that the health partners are expected to hand over substantial quantities of drugs to the hospital management for the treatment of those who had some major operations.â€

The NDDC Acting Director, Education, Health and Social Services, Dr. Solomon Ita, said that the goal of the commission was to provide medical services to the people of the Niger Delta region, as part of its mandate.Â  He noted that the commission had always placed a high premium on healthcare delivery, adding that it had extended health facilities and services to many communities across the region.

Dr. Katherine Ntekim, the Director of Global Health Foundation, said that the NDDC-sponsored free medical mission made it possible for her organisation to assemble medical experts in different areas of specialization to attend to the needs of people who may not otherwise have access to such highly qualified medical personnel. She said that 282 patients were tested for HIV/AIDS and 16 of them were found to be positive to the HIV virus.

She further stated that the health programme in Esit Eket LGA was very timely as it was the saving grace for Mrs Iniobong Fidelix, who was rushed in for an emergency caesarian section. â€œThe woman had to be rushed from a general hospital where doctorsâ€™ strike had paralyzed healthcare delivery to this place where we saved her and her new-born baby,â€ she said.

The Chairman of Esit Eket Local government Area, Hon Ibanga Itang, commended the NDDC for bringing the free medical programme to his locality, noting that the council was always ready to collaborate with agencies and organizations of the Federal Government that provide needed services to the rural areas.