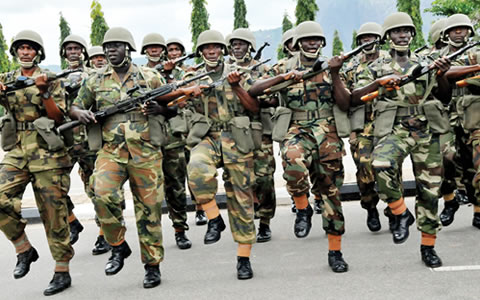 The JointÂ  Task Force (JTF) in the Niger Delta, code-named â€œOperation Pulo Shieldâ€ has assured that it is committed to securing the oil installations in the region and fight criminality.

The Spokesman of the task force, Lt.-Col. Mustapha Anka, gave the assurance in an interview with News Agency of Nigeria (NAN) in Yenagoa on Sunday.

Anka said the JTF had intensified its patrols and routine operations in the creeks against oil thieves and other criminals in the region.

He said the operations had resulted in the arrest of six oil thieves and seizure of 23 vessels involved in illegal bunkering.

He added that the raids by the troops also led to the destruction of many oil tankers and facilities, belonging to unauthorised oil dealers.

The spokesman said that in its latest operation this month, a thug-boat registered as MV Tobester, laden with illegally refined diesel, was seized in Delta.

According to him, the crew, including the captain and the engineer are under interrogation and will be prosecuted after investigation.

He said that 31 illegal refineries were shut down in the region during the operation, adding that the task force had recorded many successes under the leadership of Maj.-Gen. Emmanuel Atewe. (NAN)