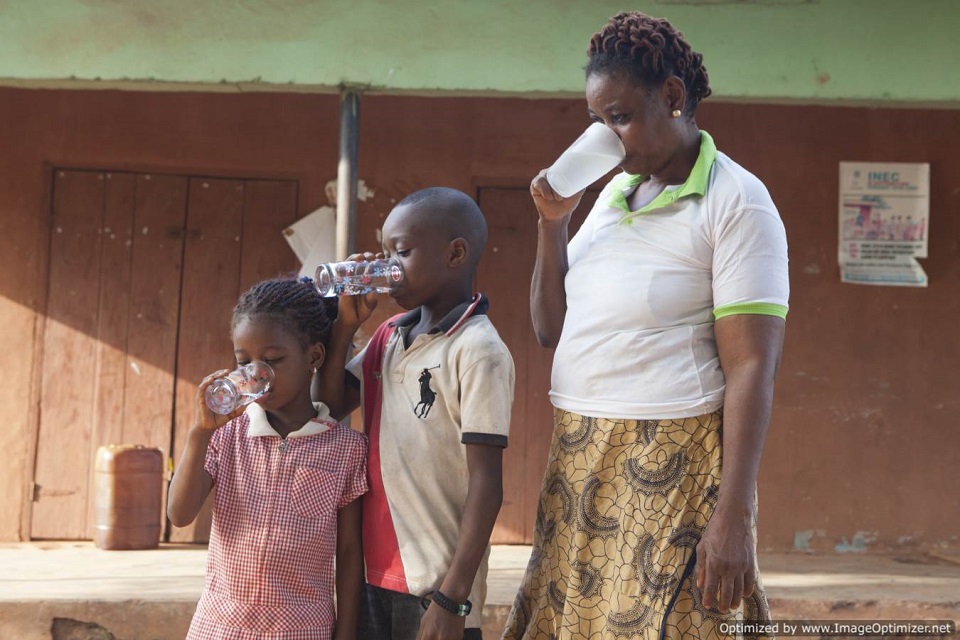 A newly published report by the World Health Organisation WHO on behalf of UN-Water â€“ the United Nations inter-agency coordination mechanism for all freshwater-related issues, including sanitation, concluded that countries are not increasing spending fast enough to meet the water and sanitation targets under the SDGs.
The report stresses that countries will not meet global aspirations of universal access to safe drinking-water and sanitation unless steps are taken to use financial resources more efficiently and increase efforts to identify new sources of funding

According to the press release by the health agency, in order to meet the SDG global targets, the World Bank estimates investments in infrastructure need to triple to $114 billion per year â€“ a figure which does not include operating and maintenance costs.

Nigeria is one of such developing countries where about half of its over 150 million citizens lack access to potable water. While many of the residents of the urban areas provide water for themselves by either constructing boreholes or buying water from those who construct, millions who live in the villages still get their water from streams and rivers.

Maria Neira, WHO Director, Department of Public Health, Environmental and Social Determinants of Health said almost two billion people use a source of drinking-water contaminated with faeces, putting them at risk of contracting cholera, dysentery, typhoid and polio.

â€œContaminated drinking-water is estimated to cause more than 500 000 diarrhoeal deaths each year and is a major factor in several neglected tropical diseases, including intestinal worms, schistosomiasis, and trachomaâ€, she added.
Statistics from to Water Aid Nigeria, shows that over 63 million Nigerians have no choice but to get water from wherever they can. About 45,000 children under five years old die every year from diarrhoea caused by unsafe water and poor sanitation.

According to the UN-Water Global Analysis and Assessment of Sanitation and Drinking-Water (GLAAS) 2017 report, countries have increased their budgets for water, sanitation and hygiene at an annual average rate of 4.9 per cent over the last three years.

Yet, 80 per cent of countries report that water, sanitation and hygiene (WASH) financing is still insufficient to meet nationally-defined targets for WASH services.

â€œIn many developing countries, the current national coverage targets are based on achieving access to basic infrastructure, which may not always provide continuously safe and reliable services as planned investments have yet to take into account the much more ambitious SDG targets, which aim for universal access to safely managed water and sanitation services by 2030,â€ the report stated.

Guy Ryder, Chair of UN-Water and Director-General of the International Labour Organization said this is a challenge the world has the ability to solve as increased investments in water and sanitation can yield substantial benefits for human health and development, generate employment and make sure that we leave no one behind.
According to the organisation, the official development assistance (ODA) disbursements for water and sanitation are increasing, but future investments are uncertain.

It stated that due to the multi-year nature of commitments, if commitments were to continue to decrease, it is likely that future disbursements would also decrease and considering the greater needs to make progress towards universal access to safely managed WASH services under the SDG targets, the possibility of future reductions in aid disbursements is at odds with global aspirations.

According to the report, safe drinking-water and sanitation are crucial to human welfare, by supporting health and livelihoods and helping to create healthy environments.

â€œDrinking unsafe water impairs human health through illnesses such as diarrhoea, and untreated sewage can contaminate drinking-water supplies and the environment, creating a heavy burden on communitiesâ€, it added.