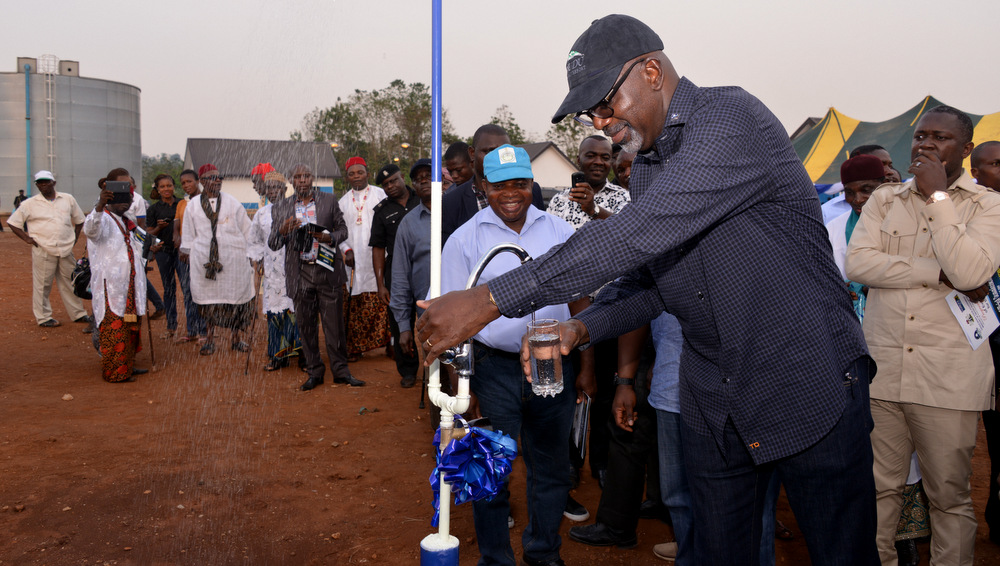 Contract for the Itigidi, Adadama and Igbo Ekureku water scheme in Abi Local Government Area which was initiated by erstwhile South Eastern State Government 42 years ago, has been signed between the Cross River State Government and Lilleker Brothers Nigeria Limited. Valued at N1.3 billion and funded by World Bank, it is expected to be completed within 12 months and to serve more than 14 communities with 5,500 households in the locality benefiting.

Speaking after signing the contract, Governor Liyel Imoke reiterated the state`s determination and commitment to reinforce its vision of providing potable water and other essential amenities for the betterment of its citizenry.

According to Imoke, who was represented by his Deputy, Mr. Efiok Cobham, â€œLack of potable water is responsible for poverty and other diseases and, I hope this project will be pursued effectively and delivered on time.â€ He observed that with the MDGS coming to an end next year, the provision of potable water has become very critical in addressing water borne related diseases. He noted that the security situation in Adadama was a matter of concern and the people must conduct themselves to ensure the project is completed on schedule as the state continues to improve the lives of the people.

Commissioner for Water Resources, Eng. Elemi Etowa, explained that the contract included the extension and rehabilitation of Itigidi phase two water scheme which was initiated in 1972 , started appearing in the state`s rolling plan in 1983 butÂ  neverÂ  materialized.

The Managing Director, Lilleker Brothers Nigeria Limited, Trevor Palton, who said this would be the fifth water project to be handled by the company in the state, added that it was a privilege to be part of its vision to provide potable water to its citizenry. He promised to deliver the project on schedule and on specifications while the assuring that the Obudu water scheme will be due for commissioning in December.