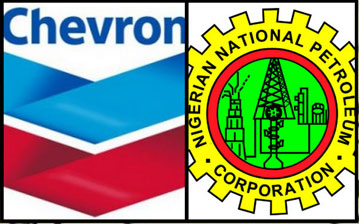 The project, under the Global Memorandum of Understanding (GMoU), was recently inaugurated by the Kula Regional Development Committee (KRDC).

The project includes 30 housing units worth over N530 million.

Facilities in the housing project are low-tension electricity lines, reticulated water supply scheme and link roads/kerbstones and interlocking stones on the walkway.

It will be recalled that before now, the Kula RDC had executed many projects comprising four housing units in Boro, Offoin-Ama, Robertkiri and Luckland; potable water and electrification projects and provided standard generator house and a 500KVA generator, in Boro community.

Representative of the Rivers State government Chief Charles Opurum, during the inauguration, thanked the NNPC/Chevron Joint Venture for its developmental efforts in the state and urged other corporate bodies to emulate the companiesâ€™ social responsibility outlook.

The General Manager, Policy, Government and Public Affairs of Chevron, Mr Deji Haastrup, in a goodwill message to the RDC, stated that the successful completion of the project reinforced the GMoU Community Engagement model as a vehicle for sustainable socio-economic development in communities around Chevronâ€™s operational areas in Nigeria.

â€œThe successes recorded in the implementation of the GMoU in Kula and other cluster communities bordering the companyâ€™s operations in the Niger Delta region have shown that with adequate support, the communities can drive their development process,â€ the general manager reiterated.

Mr. Haastrup described the GMoU Community Engagement model, established by the NNPC/Chevron Joint Venture in 2005, as a long-term stimulus for sustainable expansion of the economies of the communities in the Niger Delta.

According to him, the model will provide youths of the Niger Delta with opportunities for meaningful engagement and enhance peace in the region through constructive dialogue and respect for the rule of law.

Haastrup confirmed that the GMoU had continued to meet its objectives of making communities take the driverâ€™s seat in their development and ensuring that huge empowerment and capacity building opportunities come to the people.

He also noted that the NNPC/CNL Joint Venture was advancing to a new phase of the GMoU known as the GMoU+ with focus on business development and economic empowerment; third party partnership and collaboration; delivery on the Millennium Development Goals (MDGs); Operational Excellence and Human Rights.

While restating the companyâ€™s commitment to enhancing the partnership with all the RDCs including Kula RDC, he urged the people to continue to ensure peaceful environment for business activities so that stakeholders will continue to benefit from NNPC/Chevronâ€™s operations in Rivers State.

In his own remarks, the RDC chairman Mr. Stanley Benibo thanked the NNPC/CNL Joint Venture for establishing the GMoU and noted that the community engagement model had benefited Kula communities and enhanced sustainable development of the area.