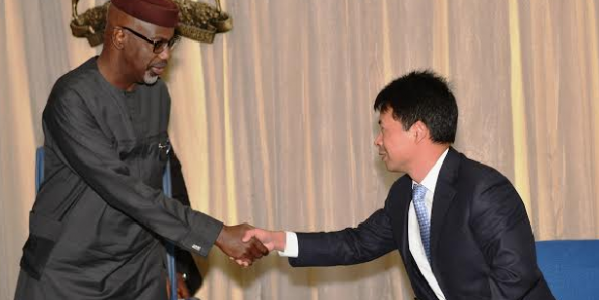 The Cross River State Government has signed a N2.6bn contract with a Chinese firm, CGC Nigeria Limited, for the construction of the Ogoja water scheme.

This is coming a few months after the government unveiled the N5.3bn Ikom water scheme.

According to the government, the Ogoja project is expected to be completed in 18 months and it is meant to increase access to potable water in the state to about 80 per cent.

Speaking shortly after signing the documents, Cross River State Governor, Senator Liyel Imoke, said, â€œThe provision of potable water and access to water has been on top of our agenda as an administration.

â€œIt is our vision that if we can deliver on our projects to the people across the state, then we will achieve the vision of making life easier and reducing poverty, while improving on the overall well-being of the citizenry.â€

Imoke said the World Bank-assisted Calabar water scheme had become a benchmark for public-private partnership projects, and noted that it had brought succour to the people.

The governor said the phase one of the Ikom water scheme valued, at N5.3bn, was funded by the state government, while the second phase would be funded by the World Bank.

He explained that the water project would cover Ogoja, Bekwarra and Yala local governments, adding that it would be managed under the PPP.

Imoke, therefore, appealed to the benefitting communities to cooperate with the contractor to enable the firm to deliver the project at the appointed time.

Sejiun, who said the company was established in Nigeria 31 years ago, commended the state government for giving it the opportunity to exhibit its expertise in the construction of water-related projects.