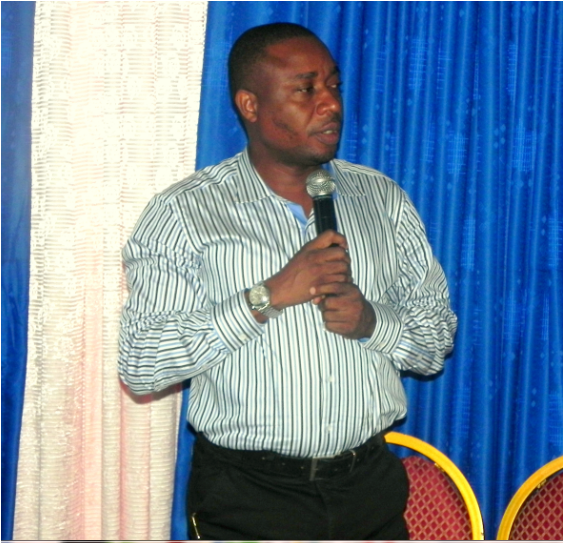 Mr. Borve Paago-Imabel is the State Manager of the USAID funded LEAD project undertaken by RTI in the Niger Delta. Borve has many years of experience working in the International Development field having worked for UNDP before moving to RTI. He is an alumnus of the University of Bradford, United Kingdom. He was interviewed by NDLink Content Analytics Intern, Rosemary Alor on Monday, August 11th as part of our engagement outreach to partners and organizations in our NDLink network.

Please introduce yourself to our readers and members of NDLink.

My name is Borve Paago-Imabel and I am the State Manager for LEAD (Leadership, Empowerment, Advocacy & Development Project) which covers Bauchi, Sokoto, and Rivers states in Nigeria.

Give us a brief history of how the LEAD project began

How it began in Nigeria or in Rivers State?

In Nigeria and in Niger Delta region.

Ok, the LEAD project started in Nigeria as part of the national response to improving governance and enhancing participation by people from various sectors of the society. It is a project that connects the gap between leaders and the communities that exist, and the United States Agency for International Development (USAID) identified this gap after a series of surveys conducted in the country in 2007 and in late 2007, the project was launched in Bauchi and Sokoto States.

We know that Nigeriaâ€™s democracy is maturing and while there are elected officials at the state level, and in most local government areas across the country, there are no elected officials or elected administration in place in some councils in Nigeria. It was upon this criterion that Rivers State was selected because Rivers State showed the sign of a truly democratic state accommodative of the criteria that was laid in the proof of concept, including state support for the development of LGAs. It would also be worth mentioning that the Rivers state government, as part of its development targeting LGAs, had removed from the LGA budget their items for primary education and also that of primary health care. This became an additional activity to be handled by the state government and that why it is vividly seen all across the state that the state government has embarked upon the construction of several health centers in each LGA of the state. The same applies to the primary education which the state has taken upon itself to construct 250 model primary schools across the state.

What is the role of RTI in the LEAD project?

RTI is the implementing partner of PIND and USAID and so they are driving the process of the implementation of the LEAD project in the three councils in Rivers state. These councils are in Akuku-toru, Okrika and Khana local government areas. Each of these LGA represent the various equatorial districts in Rivers State. Khana represents the Rivers South East senatorial district; Akuku-toru represents the Rivers West and then Okrika represents Rivers East senatorial districts. RTI will use the experience in implementing the recognized project in driving the project with the LGAs and in partnership with the Rivers State Ministry of Local Government Affair, which is also working with the Rivers State Ministry of Economic and Budget Planning and the local government service commissioned in Rivers State, while also working directly with the administration of the three LGAs in the state. The core objectives and focus of the program are to;

Why choose the Niger Delta region in Nigeria?

The history of the Niger Delta is not something that is hidden any longer. The Niger Delta has been variously described as the region that is so rich in resources yet suffers lack and impoverishment and also neglect from successive administrations in Nigeria. It is also described as a development paradox by development practitioners and given the challenging situation that the Niger Delta has undergone, you will understand that in the Niger Delta we have about 149 local government areas with the direct responsibility for local administration, service delivery, provision of responsibilities of governance and government at the community level. So the program is aiming at making governance work for the people, making the councils be more responsive and responsible, and awaken them to their own mandate as defined in the constitution of the Federal Republic of Nigeria. The focus is to strengthen the capacity of these councils in the Niger Delta so that they can respond to the challenging needs peculiar to the Niger Delta. 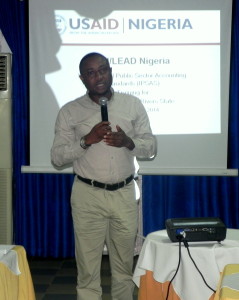 What part of the Niger Delta area has RTI made the most impact?

Like I told you, the project is only a pilot in Rivers State and our focus is on three local governments as it were and yet, the impact is quite commendable so far.

What are the achievements of RTI so far on this area?

The achievements of RTI so far since the commencement of the project are quite commendable. RTI has successfully convened town hall meetings for the respective local government councils — Akuku-toru, Okrika, and Khana. At these town hall meetings, the needs of their constituents have been prioritized and submitted to the councils, and it has also been captured in the 2014 budgets of these councils. The 2014 budget has been presented to stakeholders for validation and they have seen that the needs that were prioritized at the town hall meetings have been reflected in the council budget.

Secondly, the project has deployed the local government development framework (LGDF). LGDF is an assessment instrument which is administered to local government councils and other institutions to determine their status; the gaps, the challenges, their institutional target etc.

Thirdly, looking at various sectors of the councils and also using this same instrument in the development span of the local government council, we now know where the gaps exists in the three LGAs – managerial, infrastructural, personnel, and training gaps. These gaps have now informed the development of what is now called the capacity development plan of each of the LGAs. Additionally, the LEAD project has also been able to conduct an assessment of the internally generated revenues of the council, so this involves the various stakeholders and each council has an internally generated revenue plan which they are working on.

Outside of that, the LEAD project is institutionalizing governance in each of the local government council and now supporting the officials of council. They are now reviewing their policies and by-laws to enable these policies and by-laws respond to the prevailing reality in Â the lives of the people. We conducted a leadership development training for them to also address some of the gaps identified earlier, which led to development of specific action plans by the three councils which now guide their process of internal development. The project has trained 40 persons of the council and also the state ministries and agencies that are collaborating on the projects on foundational training in IPSAS public sectors and accounts and this has helped them come up with fiscal plans.

What does RTI hope to achieve at the end of the project?

RTI hopes that at the end of the project the local government councils will be more accountable to their constituents and communities, to increase community participation in decision making process, and to improve service delivery. When local communities are involved, budgets will no longer be discreetly handled by the council, increasing greater transparency and accountability all round.

Do you work with other partners or stakeholders?

We do. We are working with three CSOs from the RTI organization in each of the LGAs. These CSOs are Support for MANKIND, Community Initiative for Enhanced Peace and Development, and Accord for Development. They are also conducting their own exercise to find other CSOs to partner with.

How is the support so far?

What challenges have RTI battled with or is battling with in the Niger Delta?

The challenge we are battling with is the institutionalization of accountable and participatory governance in the council. Councils have to be seen imbibing the culture of good governance, however, the project needs to work really hard to ensure that councils are made up of work Â of their own. Secondly, the councils have not been able to support the project implementation process fully. The conflicts that we have experienced affects the work in some of the communities, for instance, issue of communal crisis is affecting the progress of the RTI project.

How is the response of the people in the Niger Delta as regards to the LEAD project?

They are very receptive but again there is the issue of over expectation because they are always thinking that such projects come with loads of money to share to the people.

Â Has there been a case of conflict between the people and RTI? If any, how was it resolved?

They have protested that we pay them transport allowance to come for programs/trainings and some people in particular have protested at the RTI office but we have been able to liaise with their local government council to integrate them into our programs. Â Overtime they have been able to understand and appreciate that our project is not a money sharing program but is far more sustainable towards development at all levels.

Thank you Sir, itâ€™s been a pleasure talking with you.

The pleasure is mine.