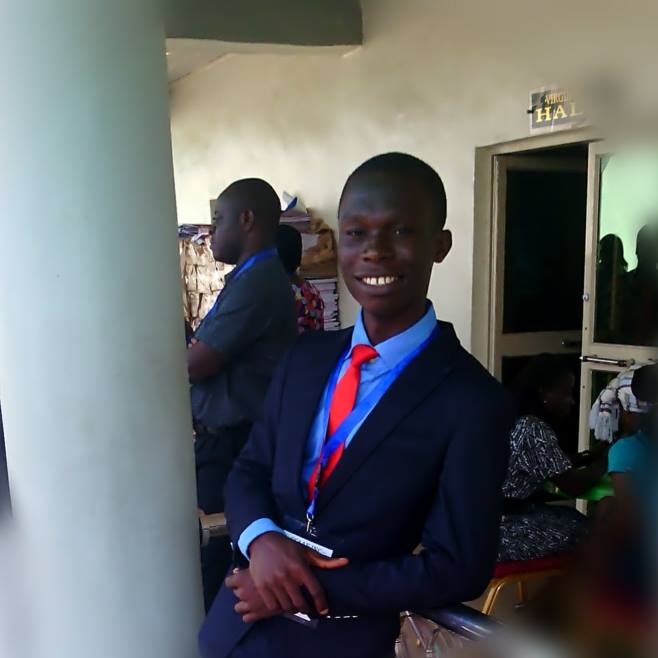 Uwaleme Nzubechi Pantaleon is the Director of the Afripeace Sustainable Development Foundation, a non-profit and non-political organization, established in January 2014 as an independent, collaborative African partner and affiliate of AfriPeace Development Foundation, with headquarters in the USA to promote sustainable peace and development through conflict resolution, leadership development and peace education skills training.

Since his involvement with Peace building trainers from USA in 2013, he has been actively involved in promoting sustainable peace education training through the annual peace education camp organized by South-Eastern Nigeria Youth Peace Education Camps for secondary school students in the south-eastern region of Nigeria.

In 2008, he was a delegate to the first International Youth Leadership and Development Summit in Abuja launched by Partners for Freedom & Democracy Inc. USA, a weeklong training that empowered young people with proactive skills for social networking, leadership and entrepreneurial development. Â He has been involved in peace building and promoting violent-free environment among students given his early involvement as a lead peer mediator in High School and this led him to join the Partners for Peace Network (P4P), a program of PIND Foundation that leverages the network of peace agents for social development. He currently serves as Work-plan/Research Committee lead of Imo State network chapter with the P4P Network.

In addition to his passion and interest in effective leadership development, he joined the Centre for Social Awareness, Advocacy and Ethics, Inc. (CSAAEInc.), an organization set to raise morally responsible future leaders after a rigorous and thorough screening exercise to become one of the first thirty Nigerian students to be called â€˜Emerging Future Nigerian Leadersâ€, now Emerging Leaders Project (ELP) to attend the 1st Foundation Conference in November, 2013. Currently, he is the president of the Emerging Leaders Project (ELP) and the ELP has a 45 membership capacity that are being trained to challenge Africaâ€™s leadership and entrepreneurial spirit.

In August 2014, Pantaleon worked as a volunteer program supervisor for the training of Imo State Peace Advocates under the Foundation of Coalition of Peace Advocates, Imo State Bureau of Peace & Conflict Resolution. A program that produced over two hundred trained community peace advocates in Imo State Rural and Urban Communities.

He is currently working on â€˜Students Redirectâ€™ (StuRed) project that seeks to create a blueprint for effective learning environment in Nigerian tertiary institutions and has received recognition awards as the best book analyst and writer respectively from CSAAEInc.

Why did you join NDLink?

I joined NDLink in 2014. As it was then and now, NDLink as an online networking platform where useful linkages and collaborations are made for the greater development of the Niger Delta region. Given their vast network of stakeholders and key development players, I use this platform to reach out to targeted audience whenever my organization is carrying out any program and the job related opportunities shared on this platform has been incredible. So far, NDLink is linking people to opportunities but also fulfilling peoplesâ€™ professional destinies.

Andrew Eneyi: What I never told You

What the Protests Against Police Brutality mean for Young Nigerians