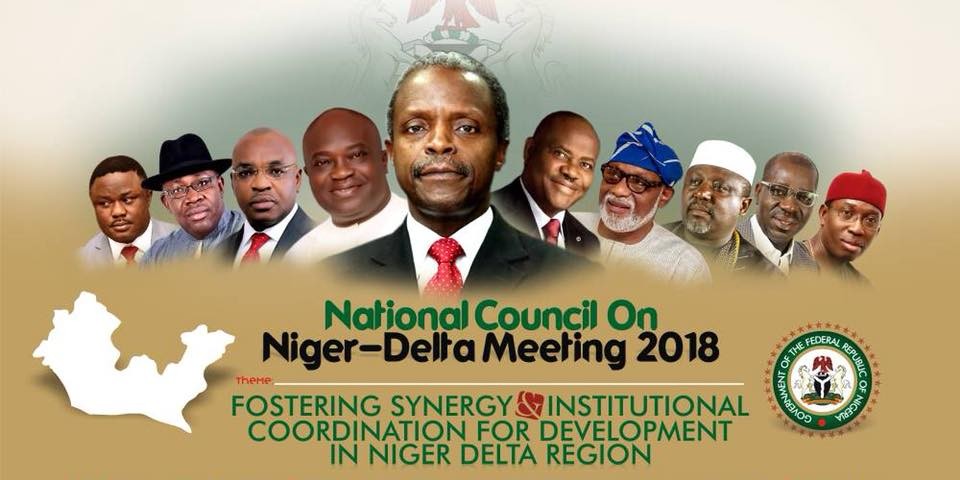 The National Council on Niger Delta is a meeting of various stakeholders–drawn from the public, private, and nonprofit sectors–working towards the development of the oil-rich Niger Delta region.

The 3rd National Council on Niger Delta meeting, which held from July 23-27, 2018, was hosted by the Abia State Government in Umuahia. The meeting which was declared open by the Honourable Minister of Niger Delta Affairs, Pastor Usani Uguru Usani, had 53 members in attendance drawn from the 9 states.

ALSO READ: Why Niger Delta must lead shift to renewable energy, by ERA/FoN

Unlike the second edition in Akure, Vice President Yemi Osinbajo was not available to attend the session in Umuahia. Also absent were some key stakeholders from International Oil Companies in the Niger Delta region.

Presentations were made by each committee after which recommendations were compiled into a communique which you can download below.