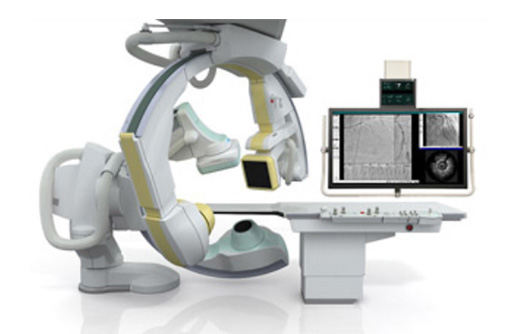 Governor Rotimi Akeredolu of Ondo State has secured a $6 million (about N2.1 billion) worth of new medical equipment from MedShare, a U.S.-based non-profit organisation in Atlanta.

Akeredolu told the News Agency of Nigeria (NAN) in Atlanta that he ordered 20 container loads of new medical equipment from MedShare to strengthen the state’s healthcare.

NAN reported that the non-profit organisation had donated more than $40 million worth of new medical equipment to strengthen Nigeria’s healthcare systems in the last 20 years.

All the 19 northern state governments and the Federal Capital Territory (FCT) have benefitted from the organisation while beneficiaries in the south include Abia, Anambra, Bayelsa, Delta, Osun, Oyo, Lagos, Enugu and Abia.

Akeredolu said the partnership with MedShare would see the state securing up to 50 container loads of equipment to equip all its hospitals and health centres with new state-of-art medical facilities.

The governor said when his aide secured the deal, he felt it was unbelievable, especially considering that in Nigeria, people believe used medical equipment could be shipped to the country.

“I went there (MedShare) myself and found out that everything they’re going to ship down is new and a lot of our colleagues have benefitted from this; nobody has ever mentioned it.

“I mean what I got from Nell (Diallo), the Vice Chairman of MedShare, is that initially she got the 19 states in the north to come and they all came and bought into it.

“Babangida (former governor Aliyu) bought into it in Niger State.

“I now said if this be the case and we never knew and not only that, the Federal Government of Nigeria has bought into it.

“When we got into their storage facility, we saw a lot of packages ready to go to National Hospital, a lot are going to Bayelsa.
“And I was saying ‘wow, wow’ so we are missing out of these?

“I said to them immediately, we are going to order for about 20 container loads to start with,’’ Akeredolu said.

The module for receiving the container load of $300,000 worth of medical supplies and equipment involves the sponsorship of $25,000 for shipping logistics.

The governor said the bargain was too good and that the state government would source for funds immediately to pay the $500,000 for shipping logistics for all the 20 containers.

Akeredolu said: “We will raise funds to make sure that we are able to pay for it so that we can equip our hospitals with necessary facilities, which have been lacking for long.

“So my understanding with MedShare is for us to start with 20 container loads for now and then we proceed until we get to 50 (container loads).

“If we’re able to do that, then I’m sure all the medical equipment needs for all our hospitals in Ondo State, we will have covered it because everything we need, they’re all there.

“Anyway, things that are not there (MedShare), the idea is for us to let them know and they will source it and send to us too. So this is a good idea.’’

The Vice-President, International Development of MedShare, Ms Nell Diallo, described Akeredolu as a serious-minded leader, who wants to make lasting impact in the lives of his citizens.

“I am happy to work with serious leaders like the Ondo State governor, who makes a difference,’’ Diallo said.

MedShare is a Medical Surplus Recovery Organisation that collects and distributes surplus medical products to qualified healthcare facilities in medically-underserved communities around the world on an on-going basis.

The organisation was named a ‘Four Star Charity’ for the 13th consecutive year by Charity Navigator, which designation recognises the top one per cent of U.S. charities based on the criteria of transparency, organisational accountability, and measurable impact.

Currently, in its 20th year of operations, MedShare has collected over $207 million worth of lifesaving medical supplies and equipment that has helped over 19 million patients in over 100 countries and territories.

It uses the World Health Organisation’s (WHO) standard for accepting donations to go to underserved countries.
At any given time, it has roughly $25 million worth of materials ready to be shipped.

Nigeria has received the largest number and percentage of the containers in the NGO’s 20 years of operation (NAN).

Culled From: This Day