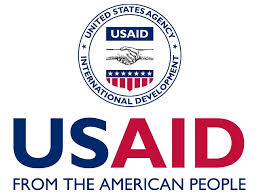 Fifteen Civil Society groups in the Niger Delta region of Nigeria haveÂ  received a life line of $9.2 million from the US government, according to the US Ambassador, James F. Entwistle.

He said the grant is meant to strengthen advocacy and civic engagement projects, warning that no nation can develop with the active participation of the civil society.

Speaking Monday at the occasion of the award signing ceremony of USAID/Nigeria’s strengthening advocacy and civic engagement project SACE in Abuja, the Ambassador Challenged civil society in the country to set the agenda and advocate the issues that politicians need to address in their manifestos.

While noting that the challenges facing the country are significant, the ambassador however said that the future of Nigeria is great.

He said: “the challenges faced by Nigerians are significant, but so are the opportunities for growth, development and success. Civil society has a key role to play in ensuring that success.

“I stand before you as an Afro-optimismist, albeit one with a clear-eyed sense of realism about the challenges that must be met on the path toward that bright future.”

He also challenged them to lead in the campaign of non -violence in the coming 2015 general elections.

The Ambassador said: ” I challenged all of us, especially those organizations to whom we are making grants to today, to use the next 12 the to make progress in three key areas: “first, as we approach next year’s elections, I challenge you to set the agenda and advocate the issue that politicians need to address in their political manifestos and through the people they bring into government with them. I also challenge you to take the pledge of noon-violence and urge all Nigerians to denounce violence before, during, and after the elections.

“Second, identify specific steps that we can all take to make it easier for civil society to do it’s job and to encourage governments at the national, state, and local levels to embrace civil society groups as partners.

“And third, find new and better ways to address the issues and needs that civil society is working to address. We need to share best practices and make sure civil society partners are working at the cutting edge of social and economic development.

“Human progress has always been driven by what happens in civil society-citizens coming together to insist that a better life is possible, pushing their leaders to protect the rights and dignity of all people. That is why the universal declaration of Human Rights states that “everyone has the right to freedom of peaceful assembly and association.”

He stressed the idea of human right is not a Western value but a universal right.

Democracy according to Entwistle is a journey, not a destination. All across the world, civil society leaders and Organisations continue to lead their nations on that journey. They are fighting for an end to injustice, and fighting to continue positive change.

Recalling the role of civil society in enthroning democracy in Nigeria and alsoÂ  ending of apartheid in South Africa and other places, the ambassador said, “civil society is uniquely positioned to promote good governance, to call on governments to be more effective, and hold to leaders to account. And they are critical to economic development. Especially in Nigeria, civil society can work in partnership with governments at all levels to improve the rule of law, reduce corruption or wasteful spending, and strengthen health and education.”

Speaking on the grant, the ambassador said that the grant represent the US government’s long term commitment to strengtheningÂ  civil society’s ability to influence key democratic.

Former Minister of Education, Dr. Oby Ezekwesili said without the civil society, government will be working in exclusion of the citizens.

She also used the opportunity to deny the story making the rounds that #Bring Back Our Girls did not collect a single dim from anybody. She explained that what has kept the group together was simply passion.

She therefore warned that no matter what is aid about the group or civil society in general, it would not be deterred.

“We have had all kinds of mistrue published about “#BringBackOurGirls” They are on their own. #BringBackOurGirls Has not collected a dime from anybody. It has been the passion of the citizens.”

She then posited that there was no way anybody pay for their empathy.

Ezekwesili pointed out that the greatestÂ  office in the land is not that of the president, neither of that of the legislatures but of the citizens.

She thereforeÂ  warned that the train has left the station and as far as Nigeria is concerned, civil society has come to stay and nothing anybody can do about that.

She said, “it does not matter howÂ  long people try to re-characterize citizensÂ  agitation, or to tag it or to name it whatever, it will not stop. The train has left the station, civil society in this country must be determined to keep everybody that holds public position on their toes.”

She also reminded those in government that have developed apartheid for civil society in the country that the US that is the envy of all “functions in it’s democracy because of the power of it’s civil society.

“No matter what law, no matter what age noes you create, Until you get effective demand And scrutiny and the demand for accountability for mandates of Those agencies they will not Transform into institutions. They will remain agencies and that is why each agencies created people will ask what is the difference? The difference is the absence of the report as citizens in demanding that they must perform according to the dictate and demand for citizens accountability.”

She therefore called for evidenced based advocacy, which according to her is the best as they are always incontrovertible.

She stressed, that issues should matter most and not the person or group advocating it; ” let engage on the issue, let the facts drive Conversation.”

The former minister also added that “the civil society that does not do well is the one that is always scratching it’s heads And just say something for the sake of saying something.

“That is not to engage in dialogue. Public debate Is huge in every society and the voice of the citizens must be respected.”