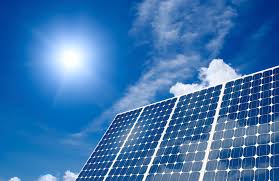 Environmental Rights Action/Friends of the Earth (ERA/FoN) has said the Niger Delta should lead the shift to clean renewable energy in the country, being the region adversely affected by decades of crude oil and gas exploration pollution.

Speaking on embracing renewable energy during a training session for Niger Delta youths in Warri, Delta State, the Executive Director of ERA/FoN, Dr. Uyi Ojo, whose speech was delivered by an environmental lawyer, Mike Karikpo, said the world was shifting from “dirty” to clean energy and “most developed nations had already begun huge leaps in developing renewable energy technologies that would move the world away from fossil fuel.”

He said youths were in a better position to educate members of their communities on renewable energy, as well as lead the eventual research and development of fresh ideas in the emerging technology.

“We are trying to equip the youths, especially from the Niger Delta, whose environment is being polluted daily, to be abreast of latest trends in renewable energy. Maybe, one or two of them would develop applications or technologies that would help the world in this regard eventually,” he said.

Ojo said a bill on Renewable Energy, which would address research, development and financing of renewable energy and to make it available to Nigerians at an affordable rate, was ready and would soon be discussed in the National Assembly, adding that the bill, which was drafted by ERA/FoN and other partners, would create a framework for a thorough understanding by government on the workings of renewable energy because there was no concerted government effort on it.

He said the Chairman of the Senate Committee on Climate Change and former Governor of Yobe State, Bukar Abba Ibrahim, has agreed to sponsor the bill.

Culled From – The Guardian