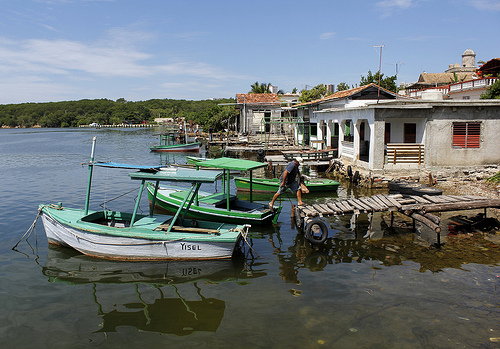 The Niger Delta Development Commission (NDDC) is set to connect coastal creeks in Delta State with the construction of a 69km-road with 22 bridges.

He noted that the road and bridges to be soon embarked upon by the Buhari administration would help in the area of effective oil exploration and smooth running of the Maritime University at Okerenkoko, Gbaramatu kingdom of Warri South West.

ALSO READ: What You Should Know About MIT SOLVE and PIND’s Participation

“Mr President, before now has identified us and picked us to work with him in his government; all the things we said before about the commission is to confirm that the decision of Mr President since 2016 to bring us into his own portfolio project management in the Niger Delta was not a mistake.

“Today in Delta State, there is hardly any community where you don’t have the presence of NDDC either from projects that have been completed or emergency projects that we currently do across the region.

“We are consolidating on the gains of democracy to our people. We have established road network to places that people never thought there could be road access to such areas.

“A typical one is the Ogbia/Nembe road that is 100 per cent complete and in a short while from now, Mr President will be invited to commission that world-class project of over 25km with a worth of over N21b,” he averred.

Speaking further on the proposed road network in the creeks, the NDDC project director affirmed that the agency was currently at the advanced stage to flag-off the construction of the 69km-road network with 22 bridges from Omadino to Okerenkoko and Escravos.”

According to him, “This is an area that nobody would dream of a road to be constructed.

“So, that the Federal Government infrastructure that is located in Okerenkoko, the Maritime University can get maximum utilisation because most people would not like to travel by waterways.

“We are connecting to Excravos because we have Federal Government’s presence in the Excravos Terminal, like the Chevron terminal and Shell locations and the roads will open up the areas so that the operational cost of the companies in that area will come down and once that is done, more profits will go to the Federal Government and more allocations would go to the states that depend on crude oil.”

At the Akwa Ibom axis, the EDP also said that the Abak road, a plan was ongoing to expand and dualise it and “once it is done, the movement would be free and economic activities will improve.

He added that apart from road infrastructures the agency is embarking upon, there are other human capital development projects have been executed.

He said that as regards the scholarship programme, over 200 Niger Deltans would bag various scholarships to study overseas.

“The commission has done some training by sending people overseas for agricultural training programmes and some of them are back doing well in their various fields.

“A few months ago, over a 100 and 150 persons were trained and given starter packs from across the region to begin their businesses.

Engr Adjogbe, however, called on the Buhari Support Group Center, to appreciate the FG by rallying support for President Buhari in 2019 presidential election.