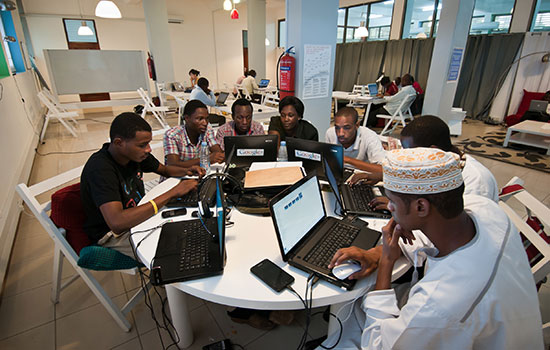 The Coordinator of the National Directorate of Employment in Cross River State, Mr. Edem Duke on Tuesday disclosed that the agency has so far trained 727 unemployed youths in the state in 2014. He said the period, which covers January to December 2014, was aimed at reducing the level of unemployment in Nigeria.

Duke said the Director-General of NDE, Mr. Malam Abubakar, approved the training of the youths as a means of reducing unemployment in the country and making them self-reliant. â€œIn 2014, we have trained 50 youths in different agricultural programmes including crop production, poultry, food preservation, aqua-culture and others in the state. We have also trained 296 unemployed youths in some vocational trades such as plumbing, welding, auto-mechanic, painting, computer repairs, fabrication and others.

â€œUnder our Small Scale Enterprise programme, we gave out a soft loan of N20, 000 each to 100 unemployed youths to enable them start up a medium business.â€ This loan, which was meant to engage the youths in meaningful activities, would be paid in three years with a compound interest of nine percent only.

â€œWe have also recruited 81 graduates into our graduate coaching scheme to teach school-leavers who have deficiency in their senior secondary school examinations. The programme lasted for three months and we were paying the graduates N10, 000 each per months and the outcome of the results was appreciated.â€

Duke said that the Directorate also recruited 20 graduates and posted them to reputable organisations for a six months attachment. He added that another 20 unemployed graduates are currently undergoing training in solar energy at two different centres in Calabar.

The Coordinator said that 100 youths were also being trained in different technical skills in the state under the Advanced National Basic Open Apprenticeship Scheme. He said that 60 indigenes of Akamkpa Local Government Area of the state were recruited and are currently being trained on Community Based Technical Skills. He advised the beneficiaries to make good use of the training in order to contribute to the development of the countryâ€™s economy.

Duke commended the efforts of Abubakar in engaging youths in meaningful activities that would make them self-employed and job creators.