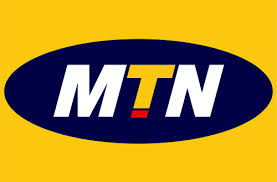 Present at the formal commencement of the scheme were Governor Olusegun Mimiko, the Commissioner for Health, Dayo Adeyanju, MTN directors and staff, the Osemawe of Ondo, Oba Victor Ademefun Kiladejo, the Jegun of Idepe-Okitipupa, Oba Adetoye Obatuga, other top government functionaries, royalties, traditional chiefs and numerous beneficiaries across the state.

During the formal kick-off of the project last Monday at the Trauma and Surgical Unit of Ondo Medical Village, the Executive Secretary of the Foundation, Ms. Nonny Ugboma in her address said, that more than 34,000 patients have benefitted from phase I of the project in Osun, Abia, Delta, Niger, Sokoto and Jigawa States where 10,610 operations were carried out, 11,946 pairs of glasses and 11,808 drug packs were distributed freely. She further stated that for phase II of the project states like Ondo, Ogun, Akwa Ibom, Ekiti and Imo have been selected to benefit from the project; already 12,000 beneficiaries in Ogun and Imo States have been attended to successfully in December 2014 and January 2015 respectively.
According to Ugboma, â€œThe project is being implemented by the Eye Foundation Centre for the Prevention of Blindness (EFCPB), the not-for-profit arm of the Eye Foundation Group (EFG), a reputable indigenous organisation and ophthalmological service provider with competence and experience in conducting such medical outreach projects across the country.â€

The MTN Foundation Director, Dennis Okoro, disclosed that statistics from the World Health Organisation (WHO) indicates that about 90 percent of all blind people live in the developing world, and that most of these cases of blindness are caused by cataracts, which can be avoided and treated. He stated that â€œOver the last two years, the MTN Foundation has been actively engaged in the war to stop the spread of visual disabilities such as blindness, which affects millions of people globally, with a majority in Africa, Asia and South America. Today in the beautiful Sunshine State we are consolidating on our efforts to eliminate preventable blindness nationwideâ€¦ Here in Nigeria, about one million Nigerians are estimated to be blind and another 3.1 million are said to be living with one form of visual impairment or the other. These individuals conduct their day-to-day activities with significant difficulty, and the overwhelming majority of them do not have access to proper treatment facilities.â€

Concerned by the WHO declaration that 80 per cent of global blindness is preventable, the foundation expressed hope to improve the cataract surgical rate from 0.1 per cent to 0.7 per cent in the selected states in line with the WHO Vision 2020 Right to Sight initiative as it expected 6,000 patients to benefit in Ondo State.
Mr Okoro disclosed that this second phase of the project has already been implemented in Ogun and Imo states with Akwa Ibom and Ekiti states scheduled to take place soon and the last state of the phase would be selected before the end of the year.â€

In their respective addresses, Governor Olusegun Mimiko and the Commissioner for Health, Adeyanju, appreciated the foundation and assured the people of the state of governmentâ€™s readiness to partner with the private sector to render useful services to the people. One of the beneficiaries, Agnes Akinnuli, a 73 year old retired primary school teacher, expressed her profound appreciation for the free medical care, which would have cost each of the beneficiaries nothing less than N5, 000 in any private hospital.

The Bodo Cleanup Project has restarted