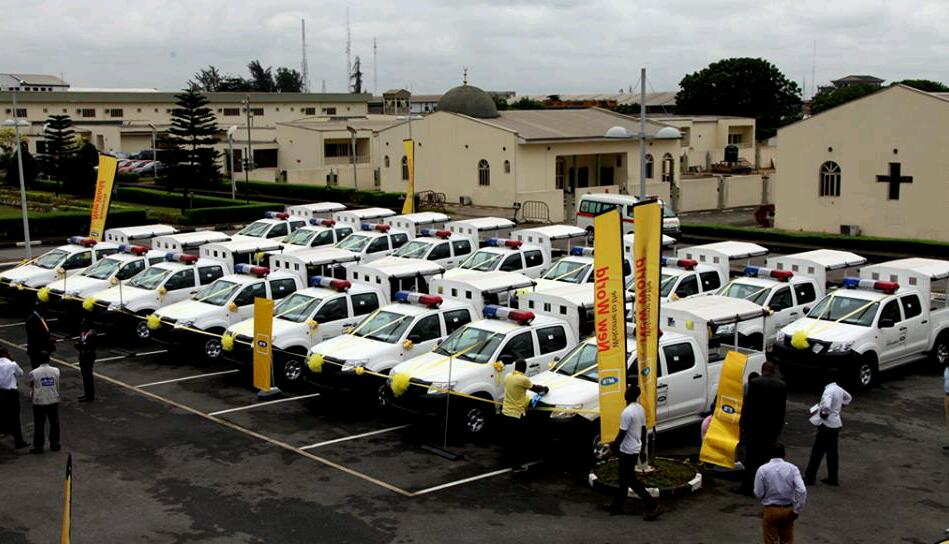 This is in line with the foundation’s commitment to support state governments’ efforts at reducing security challenges in the country. Receiving the vehicles, the State Governor, Chibuike Amaechi, who was represented by his Deputy, Tele Ikuru commended the MTN Foundation for keying into the administration’s vision of providing adequate security to engender socio-economic growth in the state. He said the initiative would help complement efforts made by the government in securing the lives and property of the people of the state.

“The business of security is everyone’s business. Government can’t handle the security challenge alone, which is why we are particularly gladdened by this gesture which is the first of its kind since this administration embarked on its transformation agenda. We are calling on other service providers to emulate the gesture of MTN and support government’s effort in providing adequate security for residents of the state as well as the entire country,” he said.

Speaking on the government’s plans, Ikuru said: “As a government, we are not resting on our oars having provided world class security infrastructure within the state. The constitution states that the protection of lives and property is the cardinal responsibility of every government, hence we shall not allow any form of criminality to take root again in the state.” Director, MTN Foundation, Mr. Dennis Okoro said the gesture was in furtherance of the foundation’s commitment to improving the quality of life in Nigerian communities.

“It is common knowledge that security of life and property is critical to the growth and development of any state and is therefore an area that should not be left for the government alone. We are passionate about improving the quality of life in Nigeria and contributing to socio-economic growth. We constantly seek out opportunities to contribute to the development of the communities wherein we operate. The aim of the Foundation’s Security Support Project (SSP) is to contribute to government’s effort to improve security operations around the country,” Okoro said.