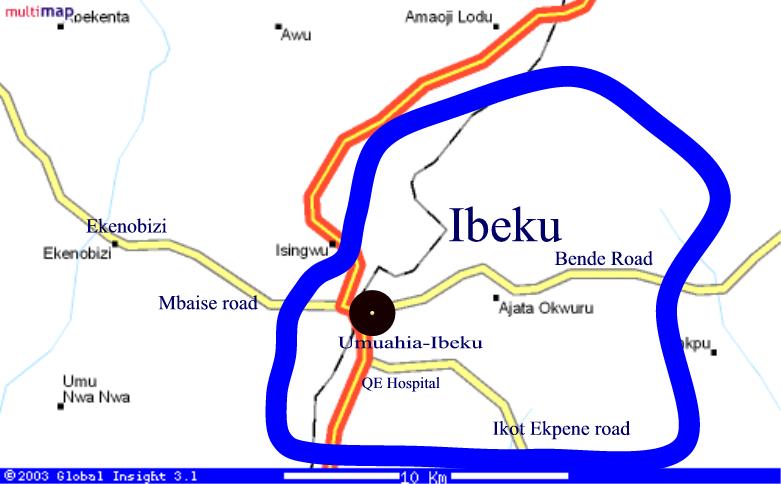 Following the crisis rocking Ibeku community, the traditional ruler of Ibeku Ancient Kingdom in Umuahia North Council of Abia state, Eze Samuel Onuoha [Ogurube IV], has urged all the leaders and stakeholders of the community to come together and make peace for the good of the community.

Currently, the community is polarized into two factions with each faction having its own President-General, a situation the monarch condemned. Speaking to journalists yesterday in Umuahia, Eze Onuoha also denied having strained relationship with one of his subjects and immediate past Governor of the State, Senator Theodore Orji, describing the Senator as â€œa much respected illustrious son of Ibeku land who contributed very well to the development of the kingdom.â€

According to him, any person who is trying to pitch him against the former governor was wasting time as nobody can rubbish the contributions of the Senator to the development of Ibeku land. Eze Onuoha explained that due to the magnanimity of the former governor towards him and entire Ibeku people, he even conferred on his son, Chinedum, a chieftaincy title because of his contribution towards empowering Ibeku youths, insisting that if he were not friendly with Orji, he would not have made his son a chief in the kingdom. He maintained that Ibeku people have a lot of respect for â€œtheir great son, Senator Orji, who has done what no other Ibeku man has done for the areaâ€.

On the leadership crisis rocking Ibeku Eguasa Development Association (IEDA), Eze Onuoha stressed that while searching for peace the leaders from both camps need to come together, adding however that Senator Orjiâ€™s opinion on the issue should be respected and considered for the good of the community. He blamed politicians for the crisis rocking the community and urged them to come together and resolve the problem as brothers and sisters, and desist from politicizing the affairs of the Kingdom. â€œPoliticians have set our community back by many years with the problem they have created within the IEDA.

The IEDA has been polarized because of who will be the President General of the association. I want to use this medium to plead with the two groups to allow peace to reign for even development of our area. â€œI want to plead with both Ukaegbu and Enyiazu to come out so that the leaders and youths of the community will make peace for them thereby allowing development to come to our place. â€œPoliticians from our community spoilt everything during the election of the executives of the IEDA when they brought police men who blocked the venue and the road leading to the venue of the election. â€œâ€Before now once the traditional ruler spoke no other person would speak but politicians have spoilt our place and what they are doing to our community is not doing us any goodâ€, the monarch said.