In early August, I visited Mrs. Bilikiss Adebiyi-Abiola, CEO and co-founder of Wecyclers in Lagos to learn more about her company and its impact on citizens of Lagos. Another major objective of my visit was to explore opportunities of bringing Wecyclers to the Niger Delta and to begin to explore options open to both PIND Foundation and Wecyclers. Below is a recap of my short interview with her.

Wecyclers is a social enterprise that offers households in low-income communities a convenient recycling service using a fleet of low-cost cargo bikes, turning waste into value.

EE: Did you always dream of owning a business in waste management?

BAA: â€œNoâ€¦ this all started as a class project I took while at MIT Sloan School of Management. I took a class called development ventures, which focused on people earning less than $2 a day. According to the Nigerian Bank of Industry, about 65% of the countryâ€™s 173 million people live in poverty. One of the major problems of people living in poverty is the absence of proper waste management. [Poor] neighborhoods are dumping grounds where piles of waste fester with insects and other rodents. Waste litters the ground and drains are filled with stagnant water â€“ breeding grounds for malaria causing mosquitos and cholera. I was personally affected by what I learned and decided to work on a solution to this problem.Â  I wanted to transform waste from a nuisance to a savior, from an inconvenience to income.â€ 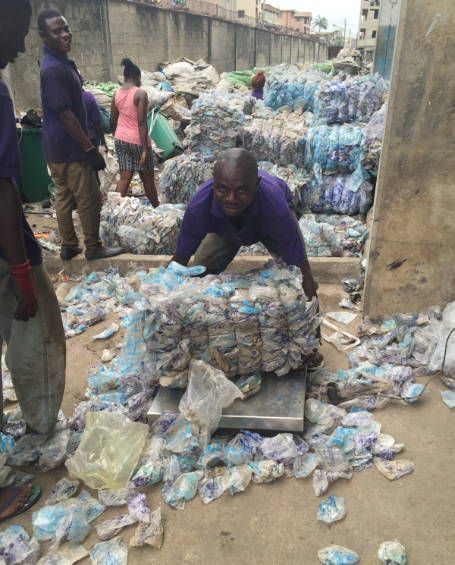 EE: Whatâ€™s the connection between poverty, poor health and improper waste management, and how do you think Wecyclers can help change peopleâ€™s perception about it?

BAA: People living in poverty view solving the problem of waste management as secondary to their day-to-day survival. They donâ€™t realize how their dirty neighborhoods perpetuate their own poverty. [At Wecyclers we] think rewarding proper waste disposal would begin a beneficial cycle for the whole community. As Ola Oresanya, the Managing Director of the Lagos Waste Management Authority (LAWMA) said, â€œWaste management can be used as a tool for social reformâ€.

EE: How does Wecyclers work exactly?

Wecyclers works in partnership with LAWMA in two low-income neighborhoods in Lagos. Participating households separate their recyclable waste for collection by our team of Wecyclers. The households get redeemable points, that can be exchanged for valuable goods like household items, electronics, training classes and even cash, making the benefits of recycling tangible.

While creating empowerment opportunities for households and communities, Wecyclers (and our partners) aims to ensure that this waste economy is fair to informal waste pickers. Unsorted waste forces waste pickers to spend their time picking at landfills in unsafe conditions. Our model will assimilate waste pickers into the formal sector. They could earn a dignified living by owning a wecycle (low-cost cargo tricycle), collecting waste from households in a territory they are assigned to. The landfills would no longer be appealing and they would no longer be at the mercy of waste brokers from whom they earn low daily wages through the sale of the waste they scavenge. Instead, an open, transparent and competitive pricing system would ensure that their hard work would actually make an impact and propel them to a more affluent standard of living.

To date, we have registered over 6,500 households (approximately 33,000 thousand beneficiaries) to our service, collected over 600 tons of waste and created 74 jobs. 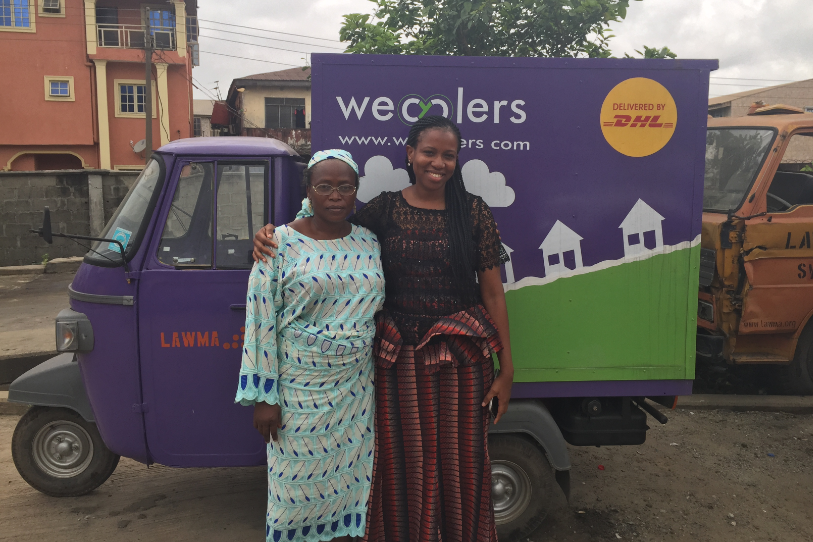 EE: Any plans of expanding the business to other communities in Lagos or even to other states across the country? Ever thought about coming to the Niger Delta?

BAA: We would love to expand, of course! Our business model right now is one that works for Lagos, but there may be need to adapt it to other states. Issues like getting access to more sorting facilities like the one we use in Lagos (which was donated by LAWMA) would be a critical factor to growing our business.

Our mission is to ignite the waste revolution in Nigeria. We aim to provide access to recycling to every one of the 173 million people living in Nigeria. Apart from cleaning up the environment and empowering the poor it would create lots of jobs. Our estimate is that a vibrant Nigerian recycling industry can easily create 1 million jobs. That would make a huge dent on the approximately 34 million unemployed. 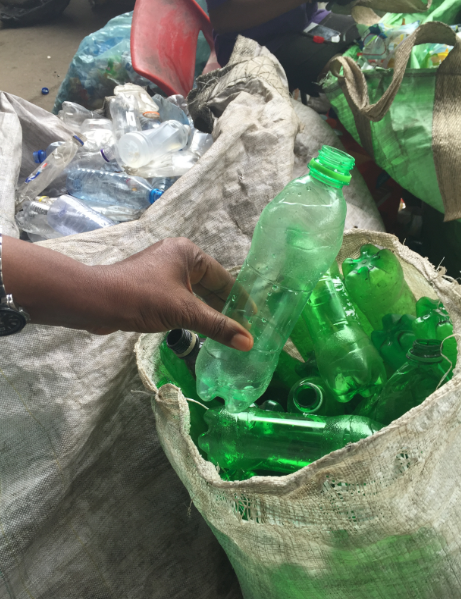 Bundles of plastic bottles waiting to be weighed for recycling

EE: With close to 7,000 households under your belt now, what do you think the impact of a business like Wecyclers has had on the communities it serves?

BAA: I was recently approached by someone that lives in one of the neighborhoods Wecyclers operates in. He told me the streets were cleaner because people picked up discarded waste to wecycle them for a reward. I would like to see the model that Wecyclers has developed proliferate all over the [country]. I want more people to wecycle because I believe that a clean environment is the first step out of poverty.

EE: Visiting your recycling facility and learning more about your business has certainly been very empowering for me. Job creation is a central part of the work we do at PIND and I hope there may be opportunities for us to partner in the near future; we would want to promote this as an effective business model across the Niger Delta. How can our members and some of our partners online reach you?

BAA: Itâ€™s easy â€“ you can email me at bilikiss@wecyclers.com and Iâ€™m on Twitter as @bilikiss.

Bilikiss Adebiyi-Abiola is the CEO and Co-Founder of Wecyclers, a social enterprise working to provide households in low-income communities with value from their waste. Bilikiss is a graduate of Fisk University, Vanderbilt University and MITâ€™s Sloan School of Management.Â Â  Bilikiss is a Carroll Wilson Fellow, an Echoing Green Fellow, MIT D-lab scale-ups fellow and is a 2013 recipient of the Cartier Womenâ€™s Initiative Awards.