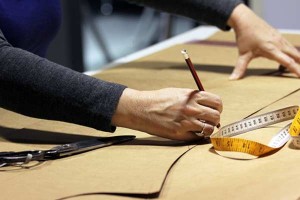 Intels Logistics through Orlean Invest Africa Limited and its women empowerment project scheme (WEPS) has engaged more than 300 semi-literate and literate community women in garment making in line with the Federal governmentâ€™s policy on the development of Nigerian Content. Â The training, which is part of the many corporate social responsibility efforts of Intels Logistics, is aimed at elevating the womenâ€™s innate skills so that they become economically productive.

According to the corporate affairs manager of the Onne, Rivers State-based logistics company, Isidore Sambol, the WEPS project involves the selection and training of rural women in Orlean Invest host communities to acquire specialized tailoring skills. The WEPS project was officially inaugurated on October 25, 2013, by Mrs. Rosi Volpi, wife of Mr. Gabriele Volpi, chairman, Orlean Invest and commenced full production in 2014. At the commencement of the project in 2013, over 1,500 applications were received from the various communities, out of which 300 women were selected after a rigorous process and trained by professionals over a period of six months.

The facility operates in a 5,000 square meter factory equipped with modern machines/equipment within the Oil and Gas Free Zone, Onne and specializes in garment-making.

â€œWEPS factory is today as envisioned, manned entirely by community women who produce from start to finish, international standard quality products such as coveralls, trousers, shirts, jacket shirts, uniforms, reflective vests and rain jackets, amongst others, for companies within the Free Zone. Through the WEPS Project, women who hitherto had no tailoring knowledge are now experts in their various areas and some have even moved on to start up their own tailoring outfitsâ€. The women are now empowered and are contributing to the income of their families and the nationâ€™s economy at largeâ€.

The WEPS Project is in line with the federal governmentâ€™s policy on the development of Nigerian Content and the women are showcasing in their communities. The Practical Nigerian content conference delegates from NCDMB, Yenagoa, visited the project in October 2015 to see the empowerment program in action. Presently, the project engages over 200 women from Orlean Invest host communities in Rivers State and there are plans to expand in future to her other host communities in Delta State and Cross River State.