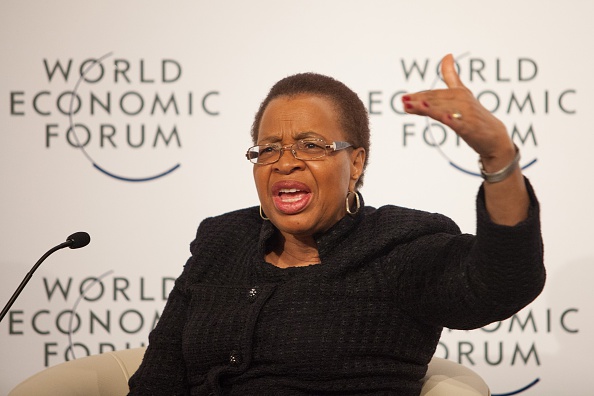 The Nigeria chapter of a Pan-African NGO founded by Graca Machel wife of the late Africa icon, Nelson Mandela is set for formal launch in May in Abuja, the Country Director of the NGO has disclosed.

Aishatu Debola Aminu, Nigeria Country Director of the group, said the launch of the Panâ€“Africa body which was scheduled for the 8th and 9th of this month (May), and will be performed by the wife of the Vice-President, Her Excellency, Dolapo Osinbajo.

Speaking exclusively to BusinessDay in Kano about the launch, Aishatu disclosed that the NGO is being flagged off in Nigeria after several laudable achievements that it has recorded since it was inaugurated six years ago in the country.
She explained that NGO was actually founded in 2010 by Her Excellency, Mrs Graca Machel; adding that â€œNew Face New Voices was the first pillar of Multiple Faces, Amplifying Voices,â€ conceptualized by her.

â€œIn Nigeria, the NGO will be six years in December 2018. Some of the major achievements of the groups were the collaboration entered into with some notable NGOs in the country on capacity building and the signing of MoU with Grassroot Micro Finance Bank here in Kano. And also we have formed strategic partnership with some NGOs to enable us access YouWin Grant.

â€œSimilarly, the group is working with rural women to develop the culture of banking and saving. We are also involved in giving exposure to women owned business/entrepreneurs and mentor of emerging enterprises in all frontsâ€ She added.

As part of the launching programme, Aishatu stated that Tinuola Thompson â€“Ajayi, a two â€“time chairperson of the Association of Professional Women Bankers (APWB) of Nigeria and a Fellow of Chartered Institute of Bankers of Nigeria (FCIB), who is the Guest Speaker at the occasion, will delivered a public lecture entitled â€œThe Role of Women in Recession and Economic Development of Nigeriaâ€.

Other eminent global citizens, expected to attend the event included Nomsa Daniels, executive director â€“Graca Machel Trust /NFNV-Headquarters, who will represent the founder, as well as Her Excellency, Amina Namad Sambo, Wife of former Vice-President of Nigeria, who is the grand Patron of the Nigeria chapter of the NGO, in addition to being the biggest financial supporter of the group in the country.

Top personalities, such as the Sarkin Kano, Muhammadu Sanusi, 11, who is on the Board of NFNV international, is slated to be the Royal Father of the Day. Entrepreneurs, such as Aliko Dangote, and other Women business and career leaders, in addition to representatives of international organizations like the Economic Community of West African States (ECOWAS), and International Labour Organisation (ILO), will also be attending.