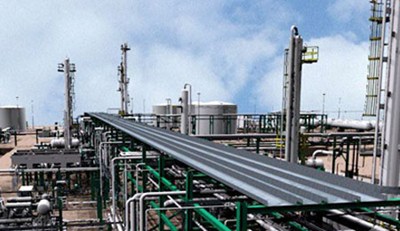 There has been serious apprehension ever since the Federal Government announced Ugborodo community in Delta state as the proposed site of the $16 billion (N2.56 trillion) Gas City project, Africaâ€™s largest gas project.Â The value of the $16 billion (2.56 trillion Naira) gas city project in Ugborodo is worth more than half the federal government proposed 2014 budget, hence various interest groups and stakeholders in the gas project have lauded the efforts of the state government.

There have been reported disputes over the leadership of the Ugborodo Community Trust set up to fund projects with the objective to bring about maximum impact for the local community. Despite all the arguments in the proposed host community, Governor Emmanuel Uduaghan has stated that there is no plan to relocate the project from the community. Speaking at an interactive session with journalists on Sunday, January 19, the Governor warned that if the matter is not resolved (i.e. the endless in-fighting with community members), a neutral third party would be set up as interface between the company handling the project and the community.

The Governor assured the people that the project is on course and that both the Federal and State Government will not be distracted by the antics of people bent on frustrating the commencement of the project. He, warned, however that nobody is above the law and pleaded with the aggrieved parties to stop the human carnage and destruction of properties in the community. The Governor Â dismissed insinuations of personal interest in the project, explaining that his only interest is to provide a peaceful environment for the project to succeed as it is not only beneficial to the host community or Delta state but to the country as a whole.

He further debunked certain media reports that agents of the Department of Military Intelligence (DMI) were in Warri to question some security operatives about their involvement in the crisis while calling on all those spreading such falsehood to desist from it.

Reacting to allegations of its involvement in the crisis, Rear Admiral Usman, while recognizing the role of the media in the realization of the Nigerian Navy objectives, implored the media to refrain from circulating untrue, unverified and baseless reports as this will only endanger the existing partnerships between the Nigerian Navy and other stakeholders, jeopardizing efforts to provide adequate security and eliminate crime in the area.

When completed and fully operational, the Gas City will feature a refinery, gas plant, fertiliser processing plant and a petrochemical plant. It will also ensure proper utilisation of the nationâ€™s hydrocarbon reserves, thereby preventing environmental pollution, provide employment for more than 200,000 people and boost economic activities in the Niger Delta.