A Conference every Student Journalist should aspire to attend

Avoiding danger during a Protest or Riot 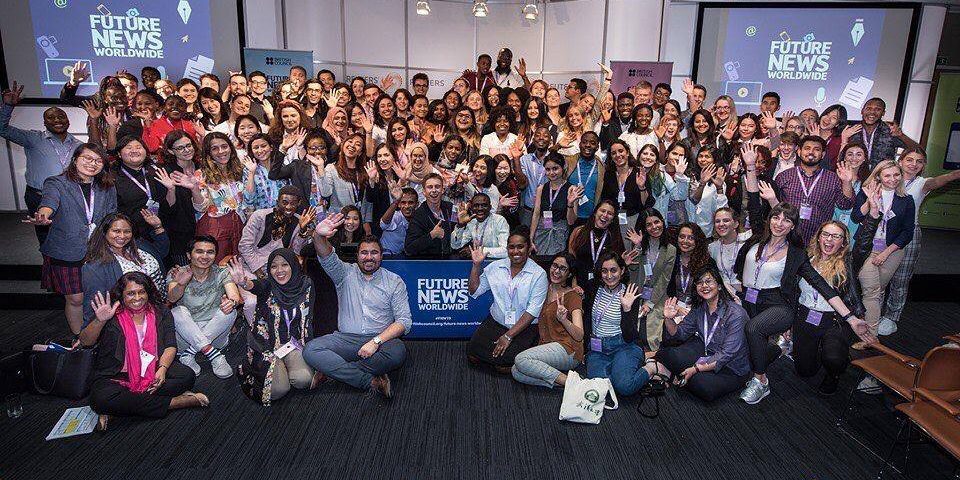 Gabriel Ogunjobi, a participant at the Future News Worldwide 2019 conference in London shares his notes on various issues discussed on how to tell compelling stories to make the world a better place.

The uniformed and glowing passion in the hearts of the young journalists across fifty-three countries at the Future News Worldwide (FNW) 2019 conference made it obvious that we were, indeed, ready to take on the challenges against having a peaceful and habitable world.

Language and cultural diversities could not be a barrier for the 100 journalists to tell compelling stories that will drive positive changes.

In this year’s two-day conference hosted by the British Council in partnership with some of the world’s leading media organizations, the budding journalists were trained on how to use technology to tell sound and incredible stories.

“A hundred of you were from over 3,000 applicants in 114 countries” Sarah Gorman, the Programme Manager said.

I alongside Shola Lawal, a freelance reporter for TRT World, Aljazeera, Guardian newspapers, and Daniel Whyte from the Federal University of Oye Ekiti (FUOYE), a trainee of Premium Times Centre for Investigative Journalism (PTCIJ) represented Nigeria.

I had not even arrived in London, United Kingdom before I began to have a feel of FNW19. Whyte was a full inspiration and I had no idea of this until we waited at the gate to catch our flight. A bit of how he managed to secure a slot at the international event came to bare as he unveiled his dreams of using vast literary skills to engage Nigerian media space. I perceive he’s well-read and digested, at least, three works of every veteran Nigerian writer I know – dead and alive.

For Lawal, my other co-delegate from Nigeria, who was recently named as the 2019 International Women Media Foundation (IWMF) Elizabeth Neuffer Fellow, hers’ was an enviable height for every aspiring freelancer and I had high expectations on what the bright young lady would say about ‘breaking into the news’ especially in a country the profession isn’t as lucrative as South Africa in Africa and the United States.

“ The only difference between those that succeed and those who don’t is that the former applied anyway. We are here because we took a chance. You will receive a lot of rejections when you pitch stories to Editors. All you’ll need to validate that you can do it is just one big break,” she simply stated.

She further noted that she still makes mistakes and could have gone farther if she had discovered where her strength was even earlier in life. “So, the earlier the better” was her parting words as we went on board.

Her views resonated with me throughout the conference even as Nadine White spoke on the same issue.

Having transited from freelancing for The Voice newspaper in 2013 to HuffPost UK in 2018, she admonished all young journalists to be ready to put the shoulders to the wheels and let the reason that endeared us to storytelling remain at our bosoms so we are prepared when rejections are slammed at us.

“ There’s no universal rule to do journalism — there’s no particular way a journalist looks,” she also said, as she reiterated the need to keep working hard and grab opportunities with two hands when they come.

A Conference every Student Journalist should aspire to attend

At one of our breakfast conversations at Travelodge Docklands Hotel, Thabiso Goba, a delegate from South Africa, shared the fears of immigrants and what type of journalism would be effective going forward.

Xenophobia is a serious issue in the country and the reason for the escalation according is the weakness of the Home Affairs department, the parastatal responsible for people coming in and leaving South Africa.

“I don’t believe in borders. For me, I think we are getting to that point in the world where no one would have to identify as black or white. We would only have to tick the box as humans.’

“South Africa has a very porous border. The boundary between my country and some other African countries is just like a tiny line. Immigrants from Mozambique, Nigeria, etc. may indeed be in the country illegally but they come because of their quest for survival. They shouldn’t come and still be haunted,” Thabiso Goba emphasized.

He further cited incidents of top politicians like the Mayor of Johannesburg, Herman Mashaba, who have been accused of inciting xenophobic attacks in spite of their unfounded comments that journalism should be on top of the game to challenge this wrong narrative.

Mashaba was once fact-checked by Africa Check and proved wrong on his comment that 80% of people living in Johannesburg are foreign nationals.

Thabiso added that authorities should take a cue on how the country managed the gun violence in the 2000s. Home Affairs he said should grant Amnesty to immigrants ease the process of entering the country.

My passion for reporting on climate change drew me near Laiseana Nasiga from Fiji.

Because her country is surrounded by water, houses are usually washed away and properties wrecked whenever there’s sea rise. In worst cases, as it happened in Fiji in 2013, there was no food because farm produces are swept off by floods.

Although journalism isn’t popular in Fiji as farming is, the final year student wants to dare to give strength to the vulnerable in her country as well as strengthen the government’s advocacy against climate change. 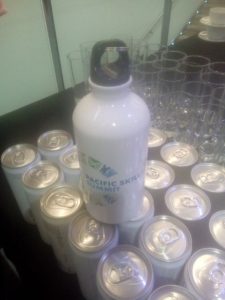 “India is about money and power. Politicians are really powerful in India,”  Hanna Paul said.

Asked if she was willing to go all the way to tell the compelling stories in her country, Hanna said she is passionate about social causes and would not mind doing so, but admitted that she still needs the required skills.

The compelling story is in India, according to her, is about cattle crisis. For the Hindi people, cow signifies a god and no one would dare to kill cows in their region of the country otherwise terror is unleashed. A cow is considered a good market for the country.

…‘the prison tourist’ and the other jazz on media freedom

Sonny Swe, the publisher of Frontier Myanmar magazine elicited a frenzied moment among the audience as he reminisced on his times in prison because he was simply publishing what the autocratic government wouldn’t like to see in public.

After spending eight and half years in five different prisons, he prides himself as a ‘prison tourist’ and spoke on why the mental strength matters when faced with persecution in the bid to speak truth to power.

He also said the future of journalism is with the young ones because they have the energy and courage to be the voice for the vulnerable.

He stressed that media freedom is of benefit to the entire citizenry and not only to the media.

“Journalists are not liars; they are not dishonest. They are professionals. They also deserve fair hearing –just like your authorities. Suspect those who try to undermine storytelling.”

However, Jon Snow, veteran news broadcaster at Channels 4 TV, stirred us up saying: “you’ve got to be the ones to speak truth to power. We may have to be poor along the way but be prepared to stand out.”

“Get out of your ivory tower. Get to the street. Meet people; people who you probably wouldn’t meet again. Be the bond between people who have no voice”.

Taylor Nelson, the Director of Knowledge Dissemination at Solutions Journalism Network, also took us on a tour of ‘Why Solution Journalism?’

Overall, Solution Journalism, she explained is not an afterthought; it is the core part of the story. It covers a response to a problem and how it happened; provides evidence and also transcends from using storytelling as a watch-dog to being a guide-dog to suggest solutions form what has already been in practice elsewhere.

At the end of expository moments at Future News Worldwide, I became convinced that: ‘what is better than today’s win is tomorrow’s victory. But, in the middle of the night is dusk with nightmares to fight before that dawn will come.’

Now, the dream of journalism is just starting and indeed, valid — and ours is the future to take.