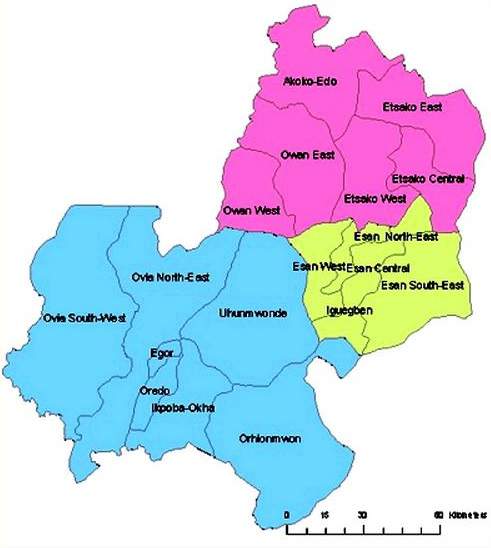 The Edo State government has entered into partnership with the World Bank, Ministry of Finance, as well as Ministry Budget and National Planning, to enable it efficiently execute its poverty reduction schemes.

A statement by the chief press secretary, Mr John Mayaki, said the partnership was a fallout of the visit of the state governor, Mr Godwin Obaseki, to the three organisations at the weekend in Abuja.

At the World Bank, the governor sought the input of the institution as the state prepares its 2017 budget. He said the bank would provide a lot of technical support to the state in sectors that could accelerate economic progress and job creation.

Â â€œI am at the World Bank, and you know they have been very active partners in the governance of the state and so as we prepare for 2017 budget, we need to have conversations with them on some areas of support and to also express our gratitude for their intervention since the last eight years.

â€œWe believe that the World Bank would be of tremendous assistance from budget conception through technical support for some of our initiatives. We have for instance facilities for agro-processing zones which we intend to harness; we have facilities to support technical education which we have come to access and we have a whole lot of initiatives which we discussed and hope to also access.

â€œIn fact the recession itself provides opportunity and that means we now have to look inwards since we are not able to raise the amount of foreign exchange as we had in the past to import the goods and services we need. For instance, we used to spend about $15 billion importing food to the country and we want to make Edo state one of the centers for food production in Nigeria,â€ Obaseki pledged.

Lead Procurement Specialist of the Bank who represented its Country Director, Chief Bayo Awosehunsi lauded the governorâ€™s credentials, saying Mr.Â  Obaseki is not a rookie when it comes to administering a state.

He said the Bank would extend a facility to the state to enable her take care of development issues.

â€œThe governor is not new to governance. He is also a technocrat and he understands what it means to govern a state. His programmes are very laudable in the area of education and job creation and the mission of the bank is to actually fight poverty and to expand prosperity. So, we believe we have a good partner to work with.

â€œBefore his administration we had engaged the government in the area of improved governance; education, project support for his economic policies. He has asked for the last phase of the Development Policy Operation DPO. So, we are going to continue to work with him to release that fund so that he can use it to address any development issue in the stateâ€, he said.