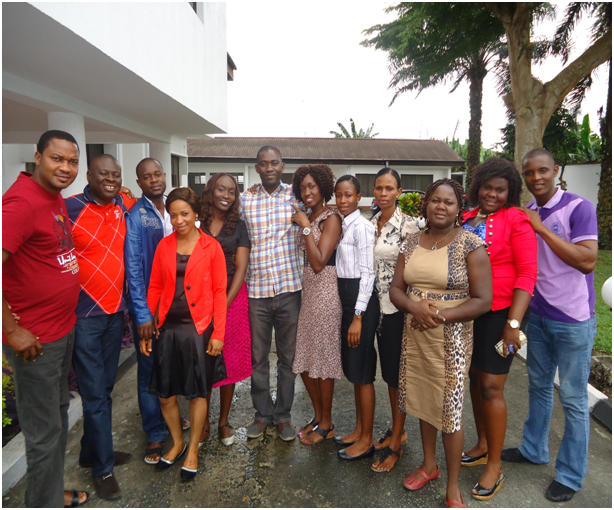 The region is Nigeriaâ€™s main source of public revenue because it holds some of the largest oil and gas reserves in the country. Yet, states located along the Niger Delta suffer from higher rates of poverty compared to states in the southern part of the country.

Niger Delta states also have to cope with the challenges of environmental degradation, for example aroundÂ 240,000 barrels of crude oil is spilt in the regionÂ per year.Â  These spillages have had serious consequences on the livelihoods of those living in the delta, particularly those that make a living from fishing and crop farming.
All of these problems have created ongoing conflicts and security issues, especially with multinational companies extracting oil in the region.Â  For example,Â Shell has announced plans to sell its troublesome Nembe Creek Trunk pipelineÂ due to repeated oil theft and spillages.
There have been many efforts by Nigeriaâ€™s government, NGOs, international organizations and corporate social responsibility arms of multinational oil companies to improve the livelihoods of those living in the Niger Delta region.Â  Unfortunately, many of these development efforts have been top-down and have failed to improve the situation in the region. In fact, the economy and environment along the Niger Delta continue to worsen, and issues of conflict and insecurity continue to escalate.
Therefore, the Brookings Africa Growth Initiative (AGI),Â the Foundation for Partnerships Initiatives in the Niger DeltaÂ (PIND), and theÂ Nigerian Institute of Social and Economic ResearchÂ are working together to evaluate the effectiveness of bottom-up or community-driven development (CDD) projects in the Niger Delta. Specifically, we are trying to understand why some of these projects have had at least perceived successes in an extremely challenging environment. We hope that by working with research partners on the ground in Africa, we at Brookings can help pinpoint successful development strategies that can be scaled up across the region and continent.
In order to determine whether certain community-driven development projects in the Niger Delta can be considered successful, we need to first look at the late Nobel Laureate Elinor Ostrumâ€™s framework for analyzing institutions involved in collective action scenarios. Â Ostrumâ€™sÂ Institutional Analysis and Development (IAD) frameworkÂ is essentially a checklist that helps social science researchers determine an institutionâ€™s role in providing a common good to actors in the institution.Â Â  The framework pays particular attention to evaluative criteria, which are used by participants in an institution to determine if the project outcomes are satisfactory or need improvement.Â  As Elisabeth King notes in herÂ highly critical assessment of community-driven development, an investigation into the â€œblack boxâ€ of the CDD institution would give a broader assessment of what is working and what is not, and what stands a chance of being replicated.
This past summer, AGI and our research partners conducted a survey based on the IAD framework to delve into community-driven development projects in the Niger Delta region.Â  The two pilot case studies are theÂ Akassa Development FoundationÂ and theÂ Rivers Songhai Farm Center. The Akassa Development Foundation works on developing local capacity to solve and manage development problems in the Akassa Community. The Songhai Farm Center works to train farmers in the Delta who then are expected to train others and set up satellite farms.
In order to provide some insight into what works for development in the region, our research team is currently working to analyze its survey responses. The Akassa Development Foundation survey in particular has yielded some results that help explain why the project has been successful.Â  The summary statistics in Table 1 show that nearly 93 percent of survey respondents were satisfied with the project implementation and design of the Akassa development project. Â Additionally, a high percentage of the Akassa beneficiaries responded positively to factors that are hypothesized to have positive impact on the likelihood of success of a community development project based on the IAD framework.Â  For example, the Akassa beneficiaries were asked if the community participated in the management of the Akassa Development Foundation, and nearly 97 percent of respondents said â€œyes.â€

Another initial finding is that the correlation coefficient for respondent income level is not significantly correlated to the respondentsâ€™ reported satisfaction, as shown in Table 2.Â  Education, while significant, is negatively correlated with the satisfaction outcome variable for the respondents. Â The negative correlation coefficient in this instance shows that respondents with lower levels of education (the majority) appear to be more satisfied with the implementation of the project.Â Â  The correlation coefficients, in this case, suggest that the Akassa Development Foundation may have avoided elite capture of benefits by high-income and high-education groups, a common problem in bottom-up (decentralized) development approaches. Â However, further analysis on the distribution is needed to determine what conclusions can be drawn from the data.

In the coming weeks, AGI will delve deeper into the institutional arrangements of Akassa and the Songhai Farm Center.Â  Household survey results will be analyzed further and combined with a review of the Niger Delta contextual environment and focus group surveys from key informants. Stay tuned to â€œAfrica in Focusâ€ for more discussion of economic issues in the Niger Delta, our ongoing research in the region and other AGI field research in Africa.
Source:Â www.brookings.edu