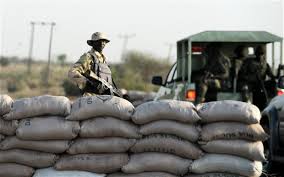 The Joint Task Force (JTF) in the Niger Delta has deployed troops to restore peace at Ibaa Community in the Emohua Local Government Area of Rivers.

A violent clash by rival cult gangs had sacked residents of Ibaa, forcing them to seek refuge in neighboring towns.

The Media Coordinator of the JTF, Lt.-Col. Mustapha Nanka, said, the task force received reports that activities of rival cult gangs had compelled residents to flee the community.

Nanka said the cult gangs, known as the Islanders and Highlanders, allegedly terrorised the people of the community, looting, raping and damaging property, especially at nights.

He said the deployment became necessary, due to an appeal by leadership of the community over reports of pipeline vandalism, oil theft and cultism by armed groups in the community.

Conducting an on-the-spot assessment around the community, the JTF spokesman said that military personnel were deployed there to ensure peace.

â€œJTF is working in collaboration with other security agencies to restore peace and normalcy in the community, the Commander of JTF, Maj.-Gen. Emmanuel Atewe, was here last week with all the component commanders of JTF.

â€œThat shows the level of our commitment to the elimination of oil theft, pipeline vandalism and all forms of criminality in the Niger Delta region,â€ he said.

A community leader in the area, Mr Ndubuisi Mbadike, said the bandits made life unbearable for law abiding residents of Ibaa, who were compelled to leave in droves.

â€œThey damaged my only store. In fact, it was only God that saved me. Everybody ran away from the community.

â€œAll these women you are seeing here, they only come to do small work, towards evening they will run to other communities because the cultists will rape peopleâ€™s wives,â€ Mbadike said.

Chief Sunday Amadi, Chairman of Community Development Committee of Ibaa Community, said a prominent chief of the community was among those killed in January.