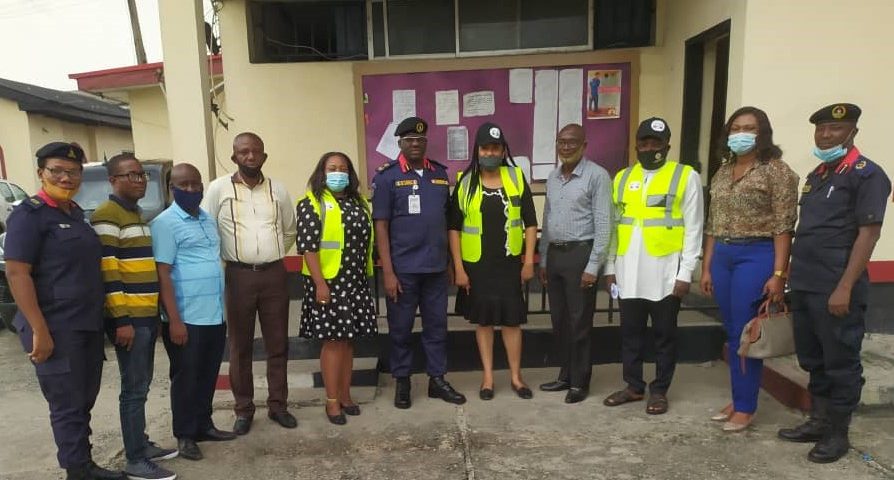 The Civil Society Coalition on Civic Spaces and Human Rights, supported by Stakeholder Democracy Network (SDN), paid an advocacy visit to the Rivers State Commandant of the Nigeria Security and Civil Defence Corps (NSCDC) on Wednesday, January 27, 2021 in Port Harcourt.

Some key discussion points on the agenda included, the mandate of NSCDC with respect to protecting critical/major assets of Government; how the management of sites ransacked by NSCDC is contributing massively to Air pollution in Rivers State; and partnership and Collaborative mechanisms between the Coalition and NSCDC in tackling pollution issues.

In response to these issues raised by the coalition, the NSCDC noted that when illegal or artisanal refinery sites are discovered, arrests effected, impounded products are handed over to NNPC or any other agency in charge. They do not spill products or burn sites. Also, when arrest is effected, accused persons are prosecuted at the Federal High Court. Order of Forfeiture is secured from the courts and then returned to NNPC for proper refining.

The NSCDC also requested that the Coalition should be involved in Community Sensitization with respect to Security, Protection of Government Properties and infrastructure. NSCDC officials also noted that they patrol ransacked sites to ensure violators do not return to illegal sites.

This visit is part of the Coalition’s drive to ensure that discussions related to the soot pollution in Rivers State lead to a lasting change in air quality of the State.