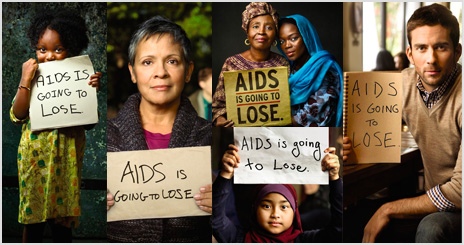 Chevron Corporation announced today that it is increasing its support to programs in Nigeria that prevent mother-to-child transmission of HIV (PROMOT), building on initial success in the heart of the Niger Delta. Chevron is committing an additional $1.7 million to the PROMOT Project- sponsored by the nonprofit Pact- to extend the program throughout Bayelsa, the Nigerian state with the third-highest HIV prevalence rate in the country, with the goal of increasing awareness and services that support pregnant women who are HIV positive.

Chevron’s additional commitment raises its 5-year investment in the PROMOT Project to $5.3 million.

Chevron’s partnership with Pact began in 2012, and is part of a larger, multi-organization, $20 million United Nations millennium goal commitment to halt and reverse the spread of HIV/AIDS by 2015. Since then, the partnership in Bayelsa state has achieved several important results, including reaching more than 6,500 people with critical HIV/AIDS awareness and prevention information, testing more than 7,000 women during prenatal care, and arranging for HIV counseling for nearly 700 people.

“Chevron is proud to expand our partnership with Pact to support impactful initiatives like PROMOT,” said Rhonda Zygocki, executive vice president, Policy and Planning for Chevron Corporation. “This is a proven model that we’re motivated to expand as we work together to deliver real, measurable results in the effort to end mother-to-child transmission of HIV.”

“We are committed to working with local community based organizations to strengthen their collective capacity to provide critical health services to mothers,” said John Whalen, president of Pact Institute. “Capacity development is at the heart of our work because we believe that empowering communities to create and implement their own solutions is what makes development sustainable.”

Chevron has been at the forefront of the fight against AIDS since 1986 when it joined other U.S. companies to promote education and reduce the stigma surrounding AIDS in the workplace. In the 1990s, Chevron expanded efforts internationally and in 2005 was the first energy company to institute a global HIV and AIDS policy supporting employees and their families. In 2013, Chevron announced that it will commit an additional $5 million to The Global Fund to Fight AIDS, Tuberculosis and Malaria. This commitment raises Chevron’s 8-year investment in The Global Fund to $60 million, making the company the single largest private sector partner to the organization. More information on Chevron’s fight against AIDS can be found here.

Chevron is one of the world’s leading integrated energy companies, with subsidiaries that conduct business worldwide. The company is involved in virtually every facet of the energy industry. Chevron explores for, produces and transports crude oil and natural gas; refines, markets and distributes transportation fuels and lubricants; manufactures and sells petrochemical products; generates power and produces geothermal energy; provides energy efficiency solutions; and develops the energy resources of the future, including biofuels.