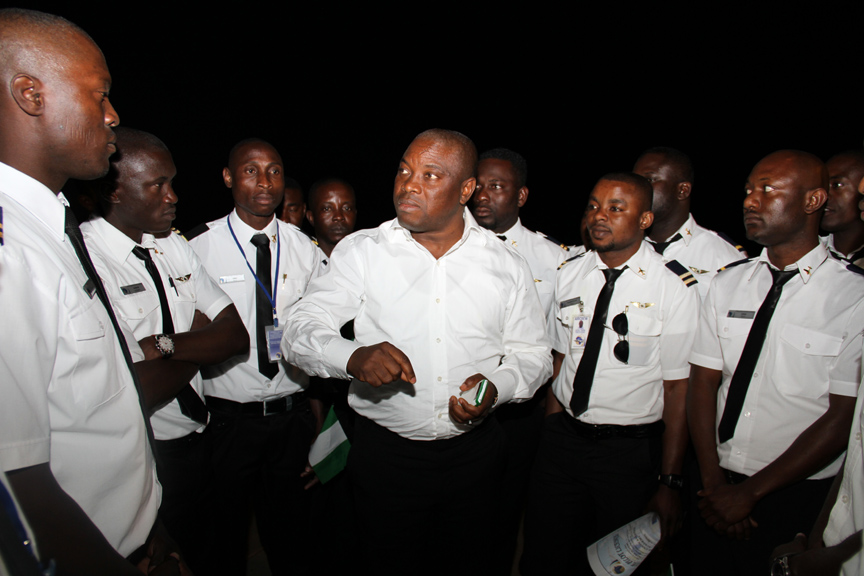 Another set of 17 delegates under the Presidential Amnesty Programme (PAP) for Niger Delta youths have qualified as Commercial Pilot Licence (CPL) holders at the Royal Jordanian Air Academy (RJAA) in Amman, Jordan.

This brings to 48 the number of delegates that have so far qualified as CPL holders in the aviation programme initiated by the Office of the Special Adviser to the President on Niger Delta.

The PAP’s Head of Media and Communications, Mr. Daniel Alabrah, in a press release on Sunday, said the new pilot cadets were decorated at an impressive ceremony attended by the Special Adviser to the President on Niger Delta, Hon. Kingsley Kuku, and Nigeria’s Ambassador to Jordan, Mr. Taofeek Arapaja.

Kuku explained that the special attention of the Nigerian government on the aviation training was to strengthen the sector and to enable the trainees actualise their dreams of becoming pilots.

He therefore urged the foreign aviation institutions to join hands with the Nigerian government in facilitating the reintegration process of these youths that have qualified as pilots.

“It is not enough to just train the Nigerian pilots and send them home at the end of their course since the goal of the training was to prepare the pilots for gainful engagement in the aviation industry within and outside Nigeria,” he said.

Insisting that the Presidency had done more in the sector than at any other period in the nationâ€™s history, Kuku promised to dispatch more delegates to renowned aviation colleges to acquire the relevant expertise in piloting, aircraft engineering and maintenance.

â€œAs far as we are concerned, the Nigerian aviation industry is the most successful aviation space in Africa and we intend to do more in order to consolidate on the gains already recorded.

â€œIt is in the pursuit of the level of excellence required that we sent out our youths to reputable aviation institutions around the world for training. We would want them back on the completion of their training but if you find them useful in your country, please donâ€™t hesitate to engage them meaningfully.

â€œThey are not yet up to the number Nigeria needs and we are going to send out more for training particularly in the areas of Air Traffic Control and Ground Handling Operations,â€ the PAP chairman said.

Nigeria’s Ambassador to Jordan, Taofeek Arapaja, in his remarks at the event, said he was happy to be associated with the strong ties between Nigeria and Jordan in the areas of commerce, aviation and economic development and promised to ensure the success of the PAP training programme in Jordan.

He described the Royal Jordanian Air Academy as one of the best in the world and pleaded with the institution to engage successful Nigerians from the academy so as strengthen the ties between the two nations.

Responding on behalf of the cadets, the Team Leader, Victor Ezinwa, thanked President Goodluck Jonathan for approving their training and pledged to justify the confidence reposed in them by the government.

Ezinwa said that the Presidency had made their dreams of flying jets to come true, adding that they were proud to graduate as pilots along with others from other countries.

â€œWe stand tall as proud pilots from Nigeria through the instrumentality of the Presidential Amnesty Programme,â€™â€™ the students said.