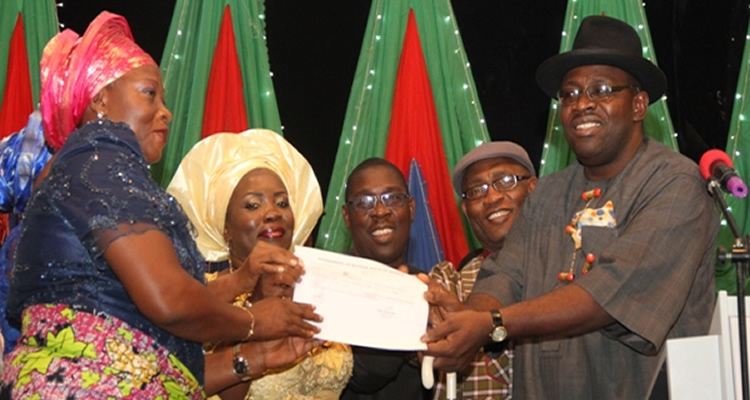 The Bayelsa State Government says, it intends to roll out a number of empowerment programmes geared towards promoting the standard of living of the people of the state. Governor Seriake Dickson, who stated this in an interview with newsmen in Yenagoa, note that the government would step up efforts at creating job opportunities and other ways of empowering the people with a view to reducing the high level of unemployment in the state.

Expressing commitment to the development of the physical infrastructure and human capacity, he emphasized the need to focus more on manpower development in the new year, through the establishment of the Micro Credit Scheme and other ways to improve the welfare of the people.

Governor Dickson explained that, the government has already secured a preliminary license from the Central Bank of Nigeria, aimed at assisting indigenous businesses and called on the people, particularly the youths to avail themselves of such opportunities.

His words: â€œIn 2015, we are going to step up our game in terms of engagement of our people. I call on all our youths to be ready to fit into these programmes. The micro-finance scheme will also start off. We already have a preliminary license from the Central Bank geared towards assisting indigenous businesses.

On the newly established state-owned security outfit called, Izon Ibe Security Company, Governor Dickson explained that the company which would sustain itself, was intended to create employment, through collaboration with relevant authorities for the purpose of securing consultancies and surveillance jobs from oil companies to protect pipeline facilities, government projects among other jobs.

â€œWe now have this idea we have developed, which is the incorporation of a security company. This will be like any other security company with the necessary approvals and so forth. This company is wholly owned by the state government and the idea is to enable this company employ a lot Bayelsans; work with the relevant authorities and give them some basic enlightenment about what their jobs entail and then deploy them to secure pipeline facilities and government projects for a fee.

â€œAlready, the understanding is that most of the oil companies will give their consultancies and surveillance jobs to that company so that company, apart from providing jobs will earn money.

â€œI want that company to be self-sustaining and employ as many 20,000 young people and deploy them to the communities. Through these consultancies with international oil companies and other partners, raise enough money to pay them without increasing government recurrent budget, particularly at this time of dwindling oil revenues.â€
Also, the Governor said his administration has planned an agricultural engagement scheme, that would come on stream in the new year to absorb the teeming unemployed youths expressing the governmentâ€™s resolve to diversify the economy, through developing agriculture.

He assured that, welfare programmes such as scholarships, social welfare scheme for the elderly as well as payment of WAEC, NECO and JAMB fees would continue to receive priority attention in spite of the current economic realities.