Recently Bayelsa State Partners for Peace received funding from the Fund for Peace/United States Institute of Peace to implement a program aimed at mitigating election related violence in the State Gubernatorial Elections.

The Chapter joined other partners and organizations to bring the candidates to a debate to talk about their policies. Perhaps the highlight of the debate was the P4P Peace wall which candidates and their supporters signed as a commitment to ensure peaceful elections in the state. Presently, the Peace Wall is still standing at the event center and one of the P4P partners; Royal FM has been making announcements to Bayelsans to follow in the candidatesâ€™ footsteps to sign the Peace Wall as a sign of their commitment to peaceful elections. 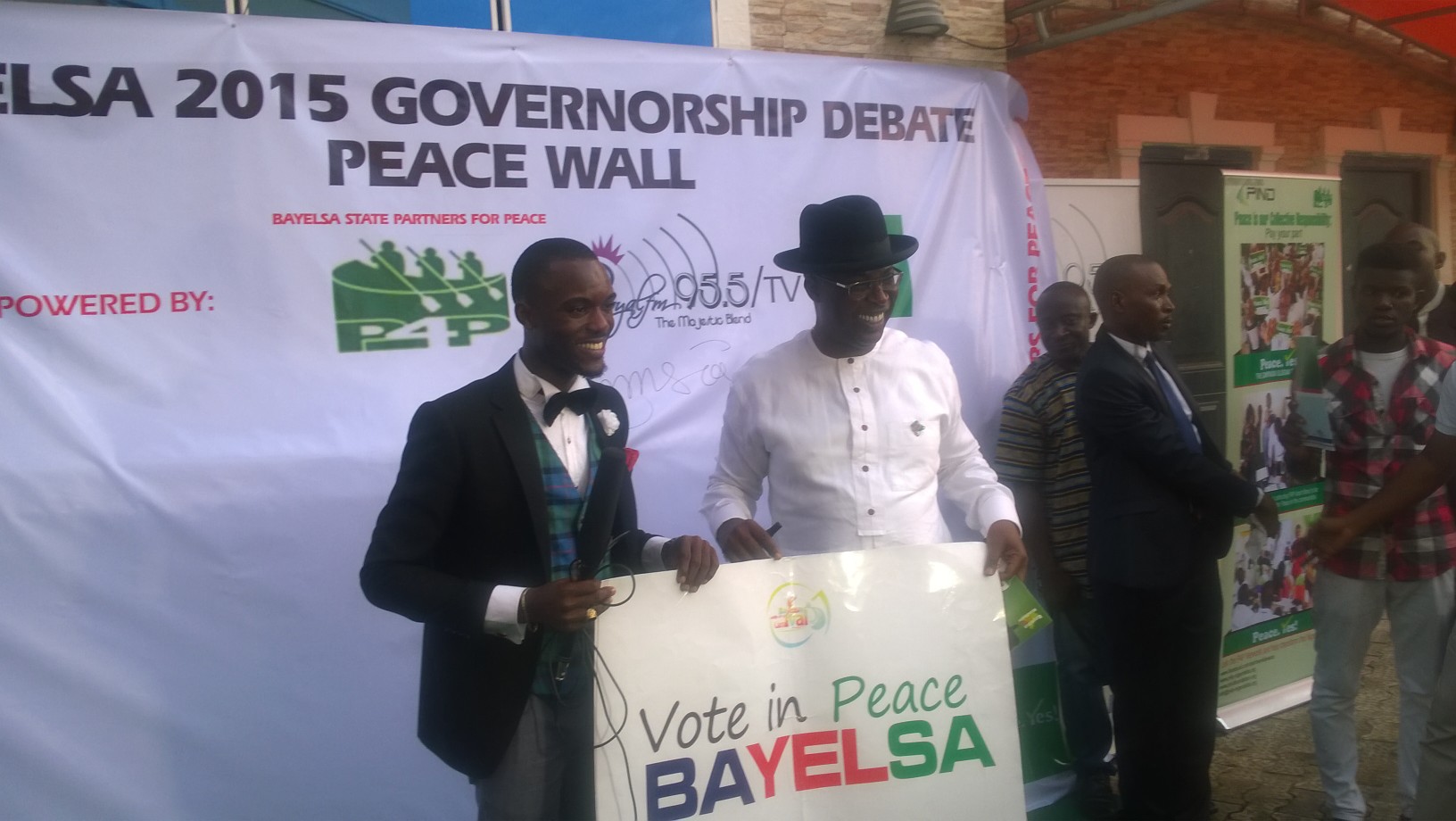 Secondly, the chapter brought several stakeholders together to a roundtable. Amongst the stakeholders were; Ex Militants, Youth Leaders representing the 3 major political parties across the 8 LGAs, security operatives and INEC. The highlight was the signing of a Peace Accord by the Youth Leaders of the parties to reaffirm the earlier pact signed by the candidates on the 10th of November 2015. The Youth Leaders of the various parties from each LGA took each otherâ€™sâ€™ numbers to engage each other on ensuring peace during the elections.