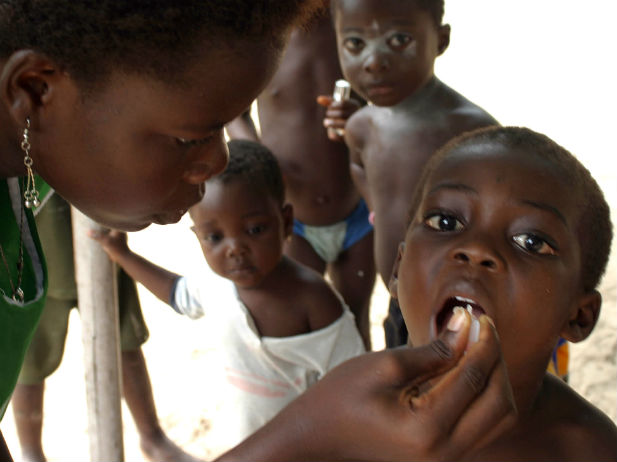 The Akwa Ibom State Ministry of Health in conjunction with the Niger Delta Development Commission, NDDC, has commenced the immunization of children against Hepatitis B infection and typhoid in primary schools across the 15 local government areas of Akwa Ibom State; this health programme is expected to last for one week.

According to the NDDC Medical Personnel, Dr. Jimmy Escor, children in primary schools are vulnerable to outbreaks of vaccine-preventable diseases. He noted that primary schools capture the age-bracket that require the various stages of immunization and preventive health care. He explained that since diseases spread easily when a large number of children are in close proximity, it was very important to immunize them to prevent diseases from spreading. It was for this reason that the NDDC joined hands with the state ministries of health in the 9 Niger Delta states to immunize primary school children.

Mrs. Ekaete Udom, a nurse involved in the immunization exercise at the Government Primary School, Ikot Ntuen Oku in Uyo Local Government Area, commended the NDDC for donating the vaccines meant to save the children from communicable diseases. She remarked that the gesture would go a long way to complement the National Programme on Immunization (NPI) programme in the state, pointing out that child morbidity and mortality from Hepatitis B would be further reduced through the exercise.

â€œChildren are the future of any country, we must do everything within our power to take care of them and keep them safe from diseases,â€ she said.
At the QIC Primary School, Usung Inyang in Eket Local Government Area, the pupils lined up happily to be immunized. The Deputy Head Teacher of the school, Mrs. Hannah Udoh, thanked the NDDC and the state government for paying serious attention to the health needs of the children.