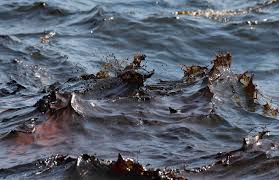 The National Oil Spills Detection and Response Agency (NOSDRA) has sought the collaboration of the Joint Task Force (JTF) in Niger Delta to tackle environmental pollutions accruing from oil spillage, illegal bunker and theft in the region.

The oil spill agency in a statement issued by its spokesman, Sir Henshaw Ogubike, expressed its willingness to work with JTF when Chairman of the Governing Board of NOSDRA, Major Lancelot Anyanya (rtd) led a team of NOSDRA management to a courtesy call to the JTF Commander.

The NOSDRA delegation which included the DG/CEO of the agency, Sir Peter Idabor and other management staff met the Commandant of the JTF Maj. Gen. Emmanuel Atewe and JTF officials in Delta State.

According to the statement, Anyanya said that the essence of the visit was to solicit their support in tackling the menace of oil spillage caused by third party interference, considering the fact that the roles of JTF and NOSDRA were interrelated.

The JTF, Anyanya said, is dealing with the scourge of illegal bunkering which results to oil spills and providing security for oil installations in the entire region.

“The criminal activity in the region is a major concern to NOSDRA because of the damage to ecosystem, which the Bayelsa governor said is equivalent to environmental terrorism.

“Operation Polu Shield has diminished the influence of criminals in this region and your support to NOSDRA has given me a sense of camaraderie,” Anyanya said.

Anyanya applauded the commitment of President Goodluck Jonathan in empowering NOSDRA to tackle oil spill issues to ensure that oil exploration was conducted in an environmentally sustainable way to enhance economic development.

Also, the DG NOSDRA, Sir Peter Idabor, noted that the activities of JTF have had a significant impact in reducing criminality in the oil fields and by implication spill incidents and improved security in the region.

Idabor recommended appropriate disposal of crude oil captured from vandals and criminals rather than being burnt. He said NOSDRA could avail its expertise to the agency to ensure that recovered stolen crude would not pose threat to the environment.

Idabor stressed that NOSDRA activities covered the whole country because pipelines passed through the whole country, expressing his dismay with people in the community who connive to delay payments of salaries to the pipeline guards.

In his response, the JTF Commander while commending Anyanya for his appointment as Chairman of the NOSDRA Governing Board, urged him to bring his professionalism and competence to bear in his assignment and justify the confidence reposed in him.

He added that JTF has zero tolerance for pipeline vandalism and appealed to perpetrators of oil theft to desist from the act.