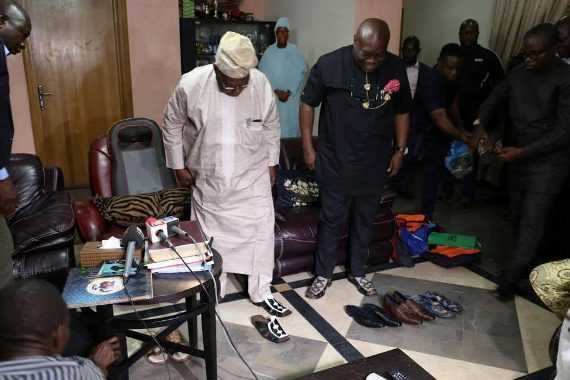 Gov. Okezie Ikpeazu of Abia says his administration will enhance the standard of shoemaking in Aba as part of its investment development strategy.

Ikpeazu, who made the promise at a press briefing in Government House in Umuahia on Monday, said that he would facilitate capacity building in the industry.

He said that the state government was determined to reposition shoe makers in Aba as front runners in shoe production business.

The governor said that the state government had secured a 1.5 billion dollars shoe factory deal with a Chinese shoe industry to contribute to the capacity building of shoe makers in Aba.

â€œAbia government is ready to acquire its own automated line of shoe production machine and we have a time frame to achieve it.

â€œSo, we believe that the interaction would contribute immensely to capacity building.