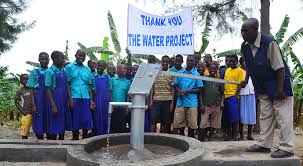 Some 86 communities in Cross River have benefitted from the N12.5 billion water supply project sponsored by the state government in collaboration with the World Bank and First Bank (Nigeria) Plc.

Mr Godwin Akwagiobe, the state Water Project Engineer, stated this in an interview with the News agency of Nigeria (NAN) at the weekend in Ikom.

He said that the First Bank funded the Ikom phase I and the Itigidi Emergency Rehabilitation with N900 million, adding that water production and distribution systems for Ikom and Itigidi Phase I cost N5.4 billion.

He said that most of the projects were already serving residents of the affected communities, adding that the few ongoing ones would soon be completed.

Akwagiobe said that most of the benefiting communities had no potable water for several years, noting that the intervention had alleviated their suffering.

Before now, the people were drinking unsafe water from ponds, rivers, lakes and wells,” he said.

He appealed to the affected communities to own, maintain and protect the various water schemes which the state government had spent so much to attract.

NAN reports the some communities had already taken delivery of the completed projects included Itigidi, Ikom, Ogoja and Obudu.

Mrs Martina Odey, a civil servant in Ogoja said, “This is a wonderful project for us. For years we have stayed without water and our people fetched from bore holes and other sources.

We thank Gov. Liyel Imoke for this gesture. This will help us a lot. Water was our main problem,” she said.