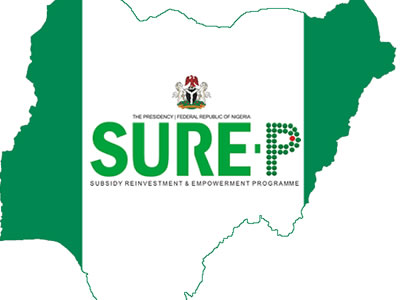 No fewer than 400 persons at the weekend graduated from the SURE-P skills acquisition programme in Abia State. The programme which was undertaken in collaboration with Hannay May Foundation, the pet project of the wife of the Abia State governor, Chief Mrs. Mercy Odochi Orji, brings the number of beneficiaries of the programme to 800.

The graduates who were given equipment and startâ€“up capital had 75 persons trained in catering and events management, 29 in computer operation, 47 in fashion designing, 44 in hair dressing/ beauty therapy; two in GSM repairs/ unlocking, 33 in interior decorating, 25 in photography/ video recording, while 28 others were trained in fishing/ poultry.

Mrs. Orji said the skills acquisition as well as the provision of equipment to the graduates underscored the passion which the administration of Governor Theodore Orji has in empowering Abians, particularly in the area of skills acquisition through the Abia State Skills Acquisition/ SURE-P.

She said that the governor believes not only in youth empowerment, but in also making men and women self-reliant.

According to her the various skills acquired by the beneficiaries would contribute immensely in the socio-economic development of Abia State, which she described as part of the objectives of the skills acquisition programme of the administration of Governor Orji.

She said, â€œI now appeal to you to make judicious use of this opportunity and utilise the equipment and start-up capital to fulfil your dreams, make wealth and create job opportunitiesâ€.

She recalled that the state government through its youth transformation policy has distributed over 3,200 vehicles for commercial transportation, even as it recently doled out N2million each to 13 unemployed graduates across the state to start their own business enterprises.

Speaking at the event, Governor Orji said that over 800 persons have been trained in the stateâ€™s Skills Acquisition Centre.